Home Science Geography Patterns of Development in the World 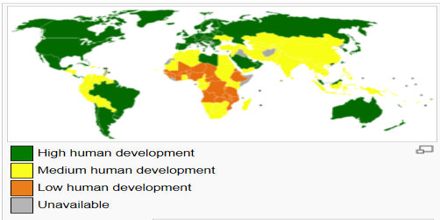 General purpose of this lecture is to present on Patterns of Development in the World. The world is divided into two groups; (i) The more economically developed countries (MEDC’s) which include the richer, more industrialised countries of the so called developed North. And (ii) The less economically developed countries (LEDCs) which include the poorer, less industrialised countries of the so called developing South. Countries exhibit different levels of development. The factors which affect development may be economic, social, cultural or technical.