The University of Minnesota Twin Cities’ engineering and medical teams have created a novel 3D-printed medical gadget that detects light directly on the skin and provides real-time feedback to link light exposure to disease flare-ups.

By giving them access to more individualized treatments and knowledge on what causes their symptoms, the device could benefit millions of patients with lupus and other light-sensitive disorders around the world.

The study was released in the premium open access interdisciplinary journal Advanced Science. The invention is ready for licensing, and the researchers have also submitted a patent application for the gadget.

A version of lupus affects at least 5 million individuals globally and approximately 1.5 million Americans, according to the Lupus Foundation of America. Lupus patients frequently have light sensitivity, with 40 to 70 percent of them reporting that exposure to natural or artificial light indoors worsens their condition. Lupus sufferers may experience rashes, exhaustion, and joint discomfort during these flare-ups.

“I treat a lot of patients with lupus or related diseases, and clinically, it is challenging to predict when patients’ symptoms are going to flare,” said University of Minnesota Medical School dermatologist Dr. David Pearson and co-author of the study. “We know that ultraviolet light and, in some cases visible light, can cause flares of symptoms both on their skin, as well as internally but we don’t always know what combinations of light wavelengths are contributing to the symptoms.”

In order to work together to discover a solution for his issue, Pearson contacted University of Minnesota mechanical engineering professor Michael McAlpine after learning about his team’s revolutionary, personalized 3D-printing of wearable technology.

This research builds upon our previous work where we developed a fully 3D printed light-emitting device, but this time instead of emitting light, it is receiving light. The light is converted to electrical signals to measure it, which in the future can then be correlated with the patient’s symptoms flare ups.

A first-of-its-kind fully 3D-printed device with a flexible UV-visible light detector that could be applied to the skin was created by McAlpine’s research team in collaboration with Pearson. The system is connected with a specially designed portable console to track and link symptoms to light exposure continually.

“This research builds upon our previous work where we developed a fully 3D printed light-emitting device, but this time instead of emitting light, it is receiving light,” said McAlpine, a co-author of the study and Kuhrmeyer Family Chair Professor in the Department of Mechanical Engineering. “The light is converted to electrical signals to measure it, which in the future can then be correlated with the patient’s symptoms flare ups.”

However, according to McAlpine, creating the device was no simple process. The 3D-printed object is made up of several materials produced in layers on a biocompatible silicone substrate. Electrodes and optical filters are present in the layers.

Depending on the wavelength of light that needs to be evaluated, filters may need to be modified. In order to gather ultraviolet (UV) light and transform it into electrical signals, the study team also employed zinc oxide.

To collect and store the data, a specially constructed console is coupled to the device, which is fixed on the skin. The research team has been given permission to start using humans as test subjects for the device, and they will shortly start recruiting individuals for the study.

“We know these devices work in the lab, but our next step is really to put them into the hands of patients to see how they work in real life,” Pearson said. “We can give them to participants and track what light they were exposed to and determine how we can predict symptoms. We will also continue testing in the lab to improve the device.”

According to McAlpine and Pearson, the 3D printing technology is reasonably inexpensive and may one day allow for simple, quick access to the device without the costly fabrication procedures used for conventional devices.

“There is no other device like this right now with this potential for personalization and such easy fabrication,” Pearson said. “The dream would be to have one of these 3D printers right in my office. I could see a patient and assess what light wavelengths we want to evaluate. Then I could just print it off for the patient and give it to them. It could be 100 percent personalized to their needs. That’s where the future of medicine is going.”

A University of Minnesota Grant-in-Aid of Research, Artistry and Scholarship grant and an Academic Investment Research Program grant, funded the research. The National Institute of Biomedical Imaging and Bioengineering of the National Institutes of Health also provided support.

Portions of this work were conducted in the Minnesota Nano Center, which is supported by the National Science Foundation through the National Nano Coordinated Infrastructure Network (NNCI). 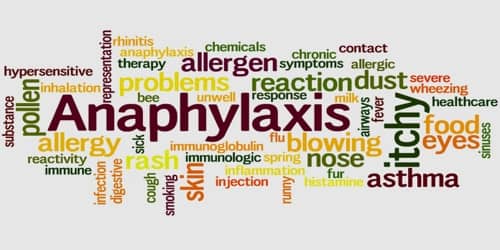