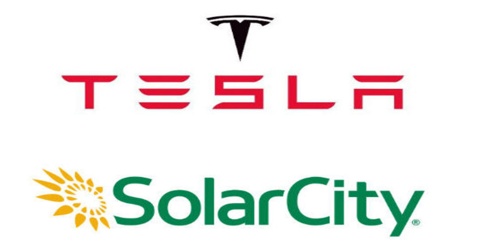 A SolarCity Built by Tesla

A SolarCity Built by Tesla

Kauai Island Utility Cooperative (KIUC) signed a 20-year contract with Tesla to buy the solar electricity for 13.9 cents per kilowatt hour. According to KIUC president and CEO David Bissel, it is the biggest solar storage facility in the world. Tesla and KIUC estimate that the project will reduce fossil fuel usage by 1.6 million gallons a year.

It’s the first major solar-plus-storage project for Tesla since its $2.6 billion acquisition of SolarCity last year, and Tesla said in a statement that it “will work with energy providers around the world seeking to overcome barriers in the way of building a sustainable, renewable energy grid of their own.” The SolarCity comprises of 54,978 panels and 272 Powerpacks providing 52 megawatt-hours of energy storage.

Tesla’s solar installation on the Hawaiian island of Kauai is not just a product launch of the company – it’s the first real proof the company’s offering that its acquisition of SolarCity is not only smart, but necessary.

Necessary, because it will help Tesla achieve its grand vision of making solar (and other renewable) energy a practical and cost-effective option for power generation everywhere, not just where the sun shines strongest.

These days, because so many residences and businesses have installed solar power, there’s a greatly reduced need to burn fossil during the day — but at night, the generators kick in. Tesla wants to change all that, with a massive new solar farm and energy storage project on the island. Much of renewable energy generation is intermittent: wind and solar power generation peaks are often around times of low demand. So Tesla (which changed its name from Tesla Motors last year largely because of projects like this) offers the Powerpack, a massive battery that can store electricity during the day when supply is abundant, and discharge it when demand goes up after the sun goes down.

For Hawaii, the solar-plus-storage facility is another step toward achieving its goal of powering the state with 100 percent renewables by 2045. Hawaii could also need plenty of Tesla electric vehicles soon if a bill being pushed by renewable energy advocates gets signed into law by Gov. David Ige. The bill aims for a 100 percent renewable energy transportation sector by 2045.

Tesla was founded in 2003 by a group of engineers in Silicon Valley who wanted to prove that electric cars could be better than gasoline-powered cars. With instant torque, incredible power, and zero emissions, Tesla’s products would be cars without compromise. Each new generation would be increasingly affordable, helping the company work towards its mission: to accelerate the world’s transition to sustainable energy. The company is expanding its manufacturing footprint into other areas, including in Tilburg, the Netherlands, where it has an assembly facility, and Lathrop, California, where it has a specialized production plant. To reduce the costs of lithium ion battery packs, Tesla and key strategic partners including Panasonic have begun construction of a gigafactory in Nevada that will facilitate the production of a mass-market affordable vehicle, Model 3. By 2018, the gigafactory will produce more lithium ion cells than all of the world’s combined output in 2013. The gigafactory will also produce battery packs intended for use in stationary storage, helping to improve robustness of the electrical grid, reduce energy costs for businesses and residences, and provide a backup supply of power.

Tesla just completed construction on what it claims is the largest lithium-ion battery storage project in the world. The facility is located at in Ontario, California and it consists of 396 Tesla powerpacks that can store 80 megawatt-hours of electricity – that’s enough to power over 2,500 households for a day or 15,000 households for four hours.

Tesla nabbed the contract to build the battery storage facility for Southern California Edison in September 2016, and it was completed by the end of that year. The project consists of two 10 megawatt systems – each made of 198 Tesla Powerpacks and 24 inverters – connected to two different circuits at the Mira Loma Substation. The Tesla battery storage facility seems like the perfect answer to our energy issues, but MIT Technology Review points out lithium batteries are still expensive, and no one has said how much the facility cost. It’s also not clear how many cycles the Powerpack batteries can go through before they begin to degrade – MIT estimates 5,000 cycles, which would work well in a home but not as well in a grid setting.