According to a new study by scientists from the US Department of Agriculture’s Agricultural Research Service (ARS) and the University of California-Berkeley, switching to a new food freezing method could result in safer and higher-quality frozen foods while also saving energy and lowering carbon emissions. Freezing is one of the simplest, fastest, most diverse, and practical ways of food preservation. Meals that are properly frozen retain more of their natural color, flavor, and texture, as well as more nutrients than foods preserved in other ways.

“A complete change over to this new method of food freezing worldwide could cut energy use by as much as 6.5 billion kilowatt-hours each year while reducing the carbon emissions that go along with generating that power by 4.6 billion kg, the equivalent of removing roughly one million cars from roads,” said ARS research food technologist Cristina Bilbao-Sainz. She is with the Healthy Processed Foods Research Unit, part of ARS’s Western Regional Research Center (WRRC) in Albany.

“These savings could be achieved without requiring any significant changes in current frozen food manufacturing equipment and infrastructure if food manufacturers adopt this concept,” Bilbao-Sainz added.

Energy savings come from not having to freeze foods completely solid, which uses a huge amount of energy, plus there is no need to resort to energy-intensive cold storage protocols such as quick freezing to avoid ice crystal formation.

The procedure has been employed in cold climates for centuries, and a patent for freezing food by immersion in an ice and salt brine was obtained in the United Kingdom as early as 1842. However, it wasn’t until the invention of mechanical refrigeration that the procedure became widely used in industry.

Food that has been frozen can’t be any better than it was before it was frozen. Foods are not sterilized by freezing, as they are by canning. It simply slows down microbial growth and chemical changes that impair food quality or cause rotting. Quick, or flash, freezing was discovered to be extremely successful with some types of food in the twentieth century.

Isochoric freezing is a novel freezing technology that involves keeping meals in a sealed, rigid container made of hard plastic or metal that is totally filled with a liquid such as water. Isochoric freezing preserves food without converting it to solid ice, unlike conventional freezing, which exposes the food to the air and causes it to freeze solid at temperatures below 32 degrees F.

Fruits are frozen in syrup or dry sugar packs to keep them from oxidizing and becoming desiccated. To maintain frozen items at their best quality, keep the temperature below 0 degrees Fahrenheit. As the temperature rises, the shelf life of goods decreases. According to recent studies, the nutritious content of frozen, fresh ready-to-eat, and canned meals is practically the same. When foods are kept or consumed as soon as possible after harvest, the nutrient content is at its peak.

The food is protected against ice crystallization, which is the major hazard to food quality, as long as it is immersed in the liquid component.

“Energy savings come from not having to freeze foods completely solid, which uses a huge amount of energy, plus there is no need to resort to energy-intensive cold storage protocols such as quick freezing to avoid ice crystal formation,” Bilbao-Sainz said.

Isochoric freezing also enables for higher-quality preservation of fresh items such as tomatoes, sweet cherries, and potatoes, which would otherwise be difficult to preserve using traditional freezing methods. Isochoric freezing has the added benefit of killing microbiological pollutants during processing.

“The entire food production chain could use isochoric freezing everyone from growers to food processors, product producers to wholesalers, to retailers. The process will even work in a person’s freezer at home after they purchase a product all without requiring any major investments in new equipment,” said WRRC center director Tara McHugh, co-leader of this study. “With all of the many potential benefits, if this innovative concept catches on, it could be the next revolution in freezing foods.”

Boris Rubinsky, a co-leader of this research and a biomedical engineer at UC Berkeley, was the first to invent the isochoric freezing method for cryopreserving tissues and organs for transplantation.

Since then, ARS and UC-Berkeley have filed a joint patent application for the use of isochoric freezing in food preservation. The research team is currently working on the optimum uses for this technology in the frozen foods business, with a focus on industrial scalability. They’re also looking for commercial partners to assist with the technology’s transition to the commercial sector.

“Isochoric freezing is a cross-cutting technique with intriguing applications in not only the food sector, but in health, biology, and even space flight,” according to UC-Berkeley mechanical engineer Matthew Powell-Palm, one of the study’s primary authors.

Define and Discuss on Monoculture Farming 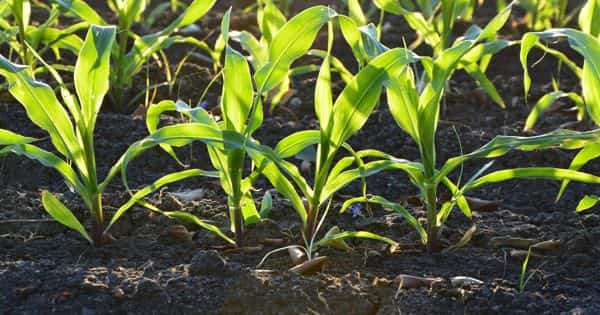