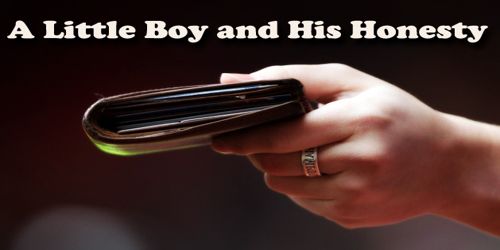 A Little Boy and His Honesty

One day a little boy of class 4 found a note of 500 taka on the school premises. At once he took it to his class teacher. He said, “Sir, I have found this note on our school premises.” The teacher took the note thanking him in an affectionate way. The teacher went to the head teacher and told him everything. They discussed it and thought that it might have been lost by any student or teacher of the school. So all the student’s were told to assemble in the field. Then the head teacher disclosed the thing.

Instantly the students of class six cried out, “Sir, our friend Nasima has lost a five hundred taka note.” She was brought before the teachers. Her eyes got swollen weeping and she looked very anxious. The teachers instantly understood that it was her lost money. The headteacher took her in his arm and gave back the money. Then he said about the honesty of the little boy. He told all the students to be honest. He put up the importance of honesty.