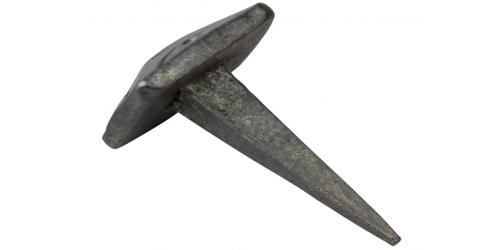 Wrought iron is an iron alloy with a very low carbon content, which differs from pure iron or cast iron. It is an iron alloy with a very low carbon content (less than 0.08%) in contrast to that of cast iron (2.1% to 4%). It is a tough but malleable form of iron. It is a semi-fused mass of iron with fibrous slag inclusions (up to 2% by weight), which gives it a “grain” resembling wood that is visible when it is etched or bent to the point of failure. It is a tough malleable form of iron suitable for forging or rolling rather than casting, obtained by puddling pig iron while molten. It is nearly pure but contains some slag in the form of filaments. Wrought iron is tough, malleable, ductile, corrosion-resistant, and easily welded.

Before the development of effective methods of steelmaking and the availability of large quantities of steel, wrought iron was the most common form of malleable iron. It was given the name wrought because it was hammered, rolled, or otherwise worked while hot enough to expel molten slag. The modern functional equivalent of wrought iron is mild steel, also called low-carbon steel. Neither wrought iron nor mild steel contains enough carbon to be hardenable by heating and quenching. 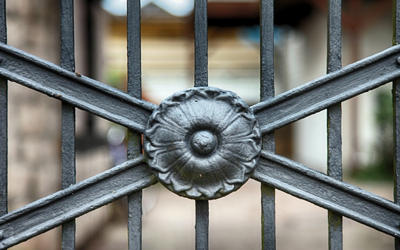 Wrought iron is highly refined, with a small amount of slag forged out into fibers. It consists of around 99.4% iron by mass. It has a far higher tensile strength and is more ductile than cast iron. The presence of slag is beneficial for blacksmithing operations and gives the material its unique fibrous structure. The silicate filaments of the slag also protect the iron from corrosion and diminish the effect of fatigue caused by shock and vibration. It was once widely used in everything from horseshoes to railways, but while it has largely been replaced by steel it remains in use mainly for ornamental ironwork.