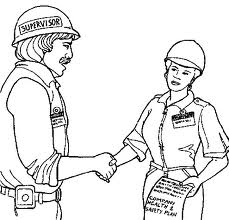 The concept of workers participation in management is considered as mechanism where workers have a say in the decision- making process of an enterprise. Workers participation is the most debated issues now-a-days. Nowhere has the principle been defined clearly because it has come to be associated with varying practices in a variety of countries. The form and the term also vary according to the social and economic goals of a particular country.