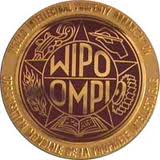 The World Intellectual Property Organization (WIPO) is one of the 17 specialized agencies of the United Nations. WIPO was created in 1967 “to encourage creative activity, to promote the protection of intellectual property throughout the world.

WIPO currently has 186 member states, administers 25 international treaties,and is headquartered in Geneva, Switzerland. The current Director-General of WIPO is Francis Gurry, who took office on October 1, 2008.185 of the UN Members as well as the Holy See are Members of WIPO. Non-members are the states of Marshall Islands, Federated States of Micronesia, Nauru, Palau, Solomon Islands, South Sudan, Timor-Leste, Tuvalu.Palestine has observer status.

* Programmer and Budget: Presented by the director general to member states for approval.

Academy- Human Capital  of developing  countries is the key to their  realizing the full benefits of the rational  and substantial IP system.

* 1893- BIRPI (Predecessor of WIPO) established to administer Berne convention for the protection.

* April, 1970, WHO- established by the convention establishing the World Intellectual Property Organization.

1974, WIPO became a specialized agency of the UN.

Ant of the convention-

i) to promote the protection of  intellectual property.

ii) to ensure administrative  co-operation among the unions.

a) promotion of the  development  measures designed to facilitate the efficient  protection of  intellectual  protection.

b) Shall perform the administrative  task of Paris Union.

c) Participate in the administration of any other international agreement.
Critique on WIPO

Continuous  expansion of the  privileges hampared and  threatened other  important systems of creativity  and innovation.

2. One side  fits all:It just focus on the meets and needs of capital list developed countries not the true  benefit of community or humanity.

iv) Prior concenn to  power full intellect of Developed countries:

i) General Declaration recommended that WIPO should follow the 1974 agreement to harmonize and improve the costs of intellectual  property.

ii) It should adpot realistic vies of social benefits as well as it must support creative intellectual activities.

iii) For the 1st time WIPO has introduced real opportunity that its agenda is not only for the  north and south but also for the all people and nations.

iv) It should enact treaties and conventions to harmonize the standards of monopoly.

v) It should consider and control the anti comparative practices and protect the consumer rights.

vi) The WIPO technical assistance programmes  must be fundamentally reformed not only for developed countries but also  for developing and under developed  countries.

viii) It should make a balance between creative individuals and commercial entities.

6. The working group on reform of the patent cooperation treaty.

2. Calculated the international trade in counterfeit and pirated products.

Presentation on Models of Organizational Behavior