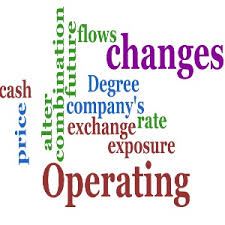 There are three kinds of  Foreign exchange transactions :

Under the import policy of Bangladesh the Importer has get the valid Import Registration Certificate (IRC) from the Chief Controller of Import and Export (CCI&E).

Letter of credit (L/C) means it’s an undertaking by issuing bank on behalf of the buyer/applicant/import to pay certain amount at the seller/ beneficiary/exporter for performing certain activities (transaction / purchase) under some agreed condition.

This type of  credit can be cancelled or amended at any time by the issuing bank without prior notice to the seller .It is not in use.

This type of credit can’t be cancelled or amended by the issuing bank without agreement of parties concerned thereto. All the credit is issued in our country are of recoverable nature.

The post import finance extends he import credit  in the following forms:

Under the export policy of Bangladesh ,the exporter has to get the valid Export Registration Certificate (ERC)  from chief controller of export & import (CCI&E).

The ERC is required to renew every year. The ERC number is to be incorporated on export form & other  paper connected with exports.

Receiving the letter of credit:

After getting the contract for sales ,exporter should ask the buyer for L/C clearly starting terms & conditions of export & payment.

After knowing that the L/C has opened in his favor, the next step for the exporter is to set about the task of procuring or manufacturing the contracted merchandise. If the exporter has to procure the raw materials from another supplier (local or abroad) he has to open Back – to – Back  L/C.

The above papers must be completed, filled & singed by the party thereto. The party will submit the entire filled document along with application in printed form of the designated  bank which is also an agreement between applicant & the bank.

An exporter is who exports the goods to another customer whether in domestic country or in aboard . In exporting the stipulated goods he may require financing. So export financing may be required at two stages.

There is a time gap between export of the goods and realization of the proceeds. So exporter may require finance in that period to continue his business. So bank may finance against export documents ensuring the following:

A Foreign Demand Draft is a  negotiable instrument issued by a bank drawn on other bank with another country the instruction to pay a certain amount to the beneficiary on demand. Remittance through demand draft may be inward or outward.

It refers to the extant where by the bank issues foreign demand draft. The Bank  charges TK. 300 per Demand Draft. Two forms are used for Outward Remittance of foreign currency such as:

IMP From: All outward remittance on account of Imports is done by from IMP.

TM From: For all other outward remittance from TM is used.