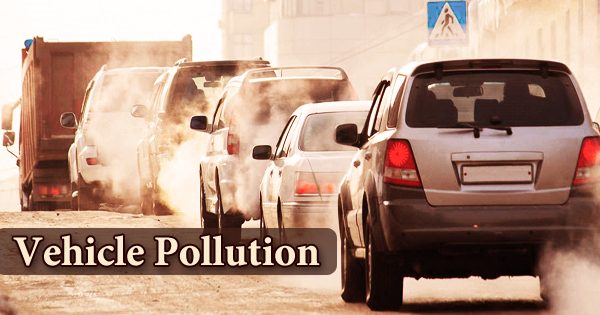 The dangers of air pollution on one’s health are enormous. Poor air quality exacerbates respiratory illnesses such as asthma and bronchitis, raises the risk of life-threatening diseases such as cancer, and costs our healthcare system a lot of money. Particulate pollution is responsible for up to 30,000 deaths prematurely each year. Apart from industry, pollution in large metropolitan centers is rising day by day. The major reason is pollution from vehicles. As more people move from small towns to major cities, the number of cars on the road grows, causing poor air quality. Vehicle pollution causes a variety of illnesses in large cities. Automobiles have evolved into a basic human requirement. Furthermore, every job necessitates the use of a car for mobility. Our task would be much more difficult if they weren’t there. It saves us time and energy while allowing us to go from one location to another. A vehicle requires fuel, which comes in two varieties: diesel and gasoline. These are the fossil fuels that are mined from under the earth’s surface. Even while a car has several advantages, it poses a significant environmental hazard. Because it contributes to rising pollution levels. This is due to an increase in the number of vehicles on the road. Passenger cars are a substantial source of pollution, emitting large volumes of nitrogen oxides, carbon monoxide, and other pollutants. Pollutants generated by automobiles are one of the most significant contributions to greenhouse gas emissions in the environment. As we all know, the whole globe is concerned about global warming, and the primary culprit is rising levels of automobile pollution, which requires immediate attention from all of us. The environmental effect of automobiles ranges from 80 to 90 percent; on-road cars account for one-third of air pollution, while all modes of transportation account for 27% of greenhouse gas emissions. The gasoline that powers a car is burnt within the engine, releasing a variety of hazardous pollutants. Carbon monoxide, nitrogen dioxide, and sulfur oxide are among the gases released by the vehicle. These gases are all dangerous to the environment. Furthermore, it jeopardizes a person’s health to a severe degree. Carbon monoxide is a carcinogen. As a result, asphyxia in the lungs might develop, followed by difficulties breathing. Furthermore, these gases contribute to global warming. This is a big issue in today’s world. Furthermore, it contributes to the depletion of the ozone layer. Due to which ultraviolet rays can enter into our environment and can cause skin cancer.

The rising population of the country, and therefore the fast increasing demand for automobiles, motorcycles, scooters, and other vehicles, is clearly defined as the source of increased vehicular pollution. Vehicle pollution is also a major result of urbanization. People are increasingly migrating from rural regions to metropolitan areas, resulting in an increase in the number of vehicles on the road. Passenger vehicles that run on gasoline or diesel emit a large quantity of nitrogen oxide, carbon monoxide, and sulphur oxide (SOx) into the atmosphere. Vehicles are to blame for the undesirable substances in the atmosphere, which impact people and all living things on the planet directly or indirectly. A single residence, on average, has two automobiles, according to estimates. Some households have a lot more than that. This is the main reason for the growth in automobile pollution. Because each family member is traveling in a two-seater or four-seater car alone. As a result, the fuel usage doubles. Vehicle pollution may be reduced using a variety of methods. Vehicle pollution has a variety of effects on our environment. For example, it has made our atmosphere so polluted that breathing in urban areas is like taking a gradual poison from the air. Pollution in the air has serious consequences for human health, as well as animals and plants, and it is wreaking havoc on our environment, resulting in global warming. First and foremost, automobile pollution may be minimized by lowering fossil fuel usage. Passengers should also ride their bikes and carpool. So that people may get at their destination with minimal fuel usage. It will also conserve energy because they will be able to operate the vehicle or bike in shifts. Clean vehicle and fuel technologies offer a cost-effective and readily available way of decreasing transportation-related air pollution and greenhouse gas emissions. Fuel-efficient vehicles that use less oil, cleaner fuels that emit less pollutants, and electric automobiles and trucks that can completely eliminate tailpipe emissions are just a few examples. Air pollution caused by vehicles can only be reduced by enforcing traffic laws and improving the quality of car and industrial businesses. Taking care of a vehicle’s tyres and fuel tank reduces exhaust emissions. To minimize the usage of diesel buses as public transportation, electric buses and trains travel throughout the city. Additionally, the use of CNG (Compressed Natural Gas) engines is required. This would lower shipping costs while also being environmentally friendly. Future truck and other freight emissions reductions are critical for fulfilling air quality standards and preserving the health of individuals who live and work near ports, rail yards, and freight routes. Urbanization is essential for every country’s growth, but it has regrettably come at the expense of an unwelcome scenario of air pollution all over the area. It’s possible There are several causes for this serious problem, but there is always a remedy to be implemented. Electric vehicles and motorcycles have just entered the market. This will minimize personal transportation fuel use while also being environmentally beneficial. All of these methods will contribute considerably to the decrease of automobile pollution.