Thanks to the keen eyes of an amateur astronomer looking through archived data processed by NSF’s NOIRLab’s Community Science and Data Center, a strange ultra-faint dwarf galaxy has been found on the outer edges of the Andromeda Galaxy.

The dwarf galaxy Pegasus V has extremely few heavy elements and is believed to be a fossil of the first galaxies, according to follow-up research by professional astronomers utilizing the International Gemini Observatory, a program of the NSF’s NOIRLab.

Using a number of NSF’s NOIRLab facilities, a rare ultra-faint dwarf galaxy was found near the fringe of the Andromeda Galaxy. The galaxy, called Pegasus V, was first detected as part of a systematic search for Andromeda dwarfs coordinated by David Martinez-Delgado from the Instituto de Astrofísica de Andalucía, Spain, when amateur astronomer Giuseppe Donatiello found an interesting ‘smudge’ in data in a DESI Legacy Imaging Surveys image.

The image was taken with the US Department of Energy-fabricated Dark Energy Camera on the Víctor M. Blanco 4-meter Telescope at Cerro Tololo Inter-American Observatory (CTIO). The data were processed through the Community Pipeline which is operated by NOIRLab’s Community Science and Data Center (CSDC).

Pegasus V was discovered to contain faint stars by astronomers using the bigger, 8.1-meter Gemini North telescope and the GMOS instrument, proving that it is an extremely faint dwarf galaxy on the periphery of the Andromeda Galaxy. One portion of the International Gemini Observatory is located in Hawaii at Gemini North.

The galaxy appears to have an acute deficiency in heavy elements compared to comparable dwarf galaxies, which indicates that it is very old and likely to be a fossil of the very earliest galaxies in the universe, according to the Gemini data.

The public-access Gemini North telescope provides an array of capabilities for community astronomers. In this case, Gemini supported this international team to confirm the presence of the dwarf galaxy, associate it physically with the Andromeda Galaxy, and determine the metal-deficient nature of its evolved stellar population.

“We have found an extremely faint galaxy whose stars formed very early in the history of the Universe,” commented Michelle Collins, an astronomer at the University of Surrey, UK and lead author of the paper announcing this discovery. “This discovery marks the first time a galaxy this faint has been found around the Andromeda Galaxy using an astronomical survey that wasn’t specifically designed for the task.”

The first galaxies that formed are thought to have left behind only the faintest galaxies, and these galactic remnants hold information on how the earliest stars were created. The number of dim galaxies like Pegasus V that astronomers anticipate to find in the Universe is far less than what their models predict. If there are actually fewer dim galaxies than expected, this raises major questions about how well cosmologists understand dark matter and the universe as a whole.

Therefore, finding instances of these dim galaxies is a crucial yet challenging task. In large photographs of the sky, these faint galaxies seem as a few sparse stars buried, which adds to the difficulty in finding them.

“The trouble with these extremely faint galaxies is that they have very few of the bright stars which we typically use to identify them and measure their distances,” explained Emily Charles, a PhD student at the University of Surrey who was also involved in the study. “Gemini’s 8.1-meter mirror allowed us to find faint, old stars which enabled us both to measure the distance to Pegasus V and to determine that its stellar population is extremely old.”

Pegasus V may be a remnant of the earliest galaxies, according to the team’s strong concentration of old stars there. Pegasus V seems very old and metal-poor when compared to the other dim galaxies in the Andromeda region, indicating that its star production ended quite early indeed.

“We hope that further study of Pegasus V’s chemical properties will provide clues into the earliest periods of star formation in the Universe,” concluded Collins. “This little fossil galaxy from the early Universe may help us understand how galaxies form, and whether our understanding of dark matter is correct.”

“The public-access Gemini North telescope provides an array of capabilities for community astronomers,” said Martin Still, Gemini Program Officer at the National Science Foundation. “In this case, Gemini supported this international team to confirm the presence of the dwarf galaxy, associate it physically with the Andromeda Galaxy, and determine the metal-deficient nature of its evolved stellar population.”

Upcoming astronomical facilities are set to shed more light on faint galaxies. Pegasus V was witness to a time in the history of the Universe known as reionization, and other objects dating back to this time will soon be observed with NASA’s James Webb Space Telescope.

Astronomers also hope to discover other such faint galaxies in the future using Vera C. Rubin Observatory, a Program of NSF’s NOIRLab. Rubin Observatory will conduct an unprecedented, decade-long survey of the optical sky called the Legacy Survey of Space and Time (LSST). 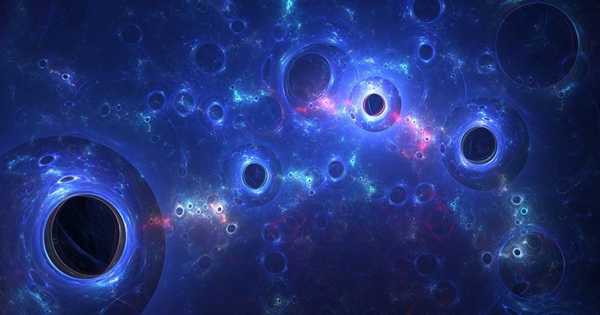