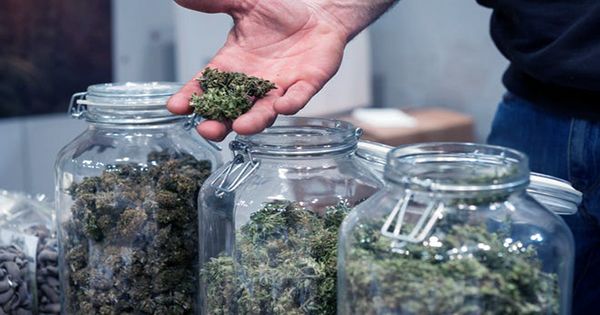 Using chemotherapy, cannabis oil, and magic mushrooms, a 49-year-old woman with advanced metastatic breast cancer was able to successfully stop the disease’s progression, according to a recent case study. The patient stopped receiving conventional cancer treatment and used solely cannabis and psilocybin for 18 months before experiencing a recurrence. She then resumed taking these medicines for self-medication.

As sensational as this may sound, it’s crucial to avoid being overly influenced by a single case study or drawing unwarranted inferences about whether or not marijuana and psychedelics played a role in the patient’s extraordinary recovery. The paper, which was observational research, does not offer any scientific analysis of the woman’s disease course or recommended course of treatment.

In August 2018, the patient was initially told she had stage IV breast cancer, but it was soon discovered that the illness had spread to her bones, liver, and lymph nodes. She was given a round of chemotherapy right away and made the decision to start using the cannabis oil for self-treatment. The patient also experienced her first session of psychedelic therapy beginning in November of that same year, consuming a significant amount of magic mushrooms under the guidance of a qualified therapist.

Amazingly, tests performed in January 2019 showed “no sign of residual or recurring disease,” which meant cancer had fully disappeared.

“This underlines the potential therapeutic adjunctive benefit of both psychedelics and cannabis in treating metastatic breast cancer in the first phase of treatment,” write the study’s authors.

The patient continued to take daily doses of cannabis oil together with magic mushroom microdoses after the patient’s chemotherapy was stopped. Over the following two years, she underwent three more sessions of high-dose psychedelic therapy.

The patient cut her cannabis intake to 56% of the first dose and temporarily stopped the shrooms after follow-up tests in September 2019 revealed that the cancer had not reappeared. However, more tests performed in June 2020 confirmed that the illness had returned.

The authors of the study speculate that the cancer may have returned as a result of the cessation of cannabis and psychedelic therapy.

After learning this information, the patient increased her marijuana intake and resumed using psychedelic medications as part of her treatment plan. The condition had “stabilized” by October 2021, although no information on the extent of the malignancy at this point is given.

The researchers do allude to pre-clinical studies suggesting the tumor-busting ability of both cannabis and psychedelics, even though they are unable to explain how or even if this self-medication technique actually arrested the patient’s cancer. For instance, studies have revealed that substances found in marijuana and magic mushrooms may prevent the activity of a protein called Hypoxia-Inducible Factor (HIF)-1, which promotes the growth of blood vessels inside tumors.

There is no concrete proof that either cannabis or psychedelics have any direct influence on tumor development, and this has yet to be proven in human cancer patients.

However, the study’s authors come to the following conclusion: “The entire picture of the case provides the strong likelihood that cannabis and psychedelics have played a significant modulatory or additive function to traditional treatment, which needs additional examination.”

Too Much Screen Time May Raise Diabetes Risk in Kids