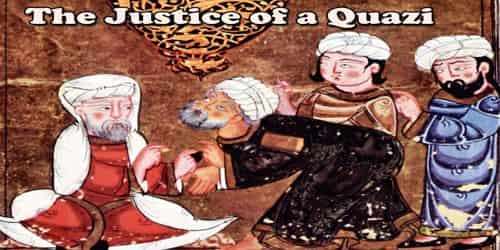 The Justice of a Quazi

Long ago, there was a Sultan in Bengal. His name was Giasuddin Azam. His capital was Sonargaon near Dhaka. He was a very just and kind ruler. Sultan’s hobby was hunting. Very often he went on hunting. One day he went for hunting deer in a jungle. Aiming at a fawn, he shot an arrow but missed. Instead of the fawn, the arrow pierced a boy who was the only son of a widow. At this, the widow was greatly shocked. She brought a charge against the Sultan to the quazi.