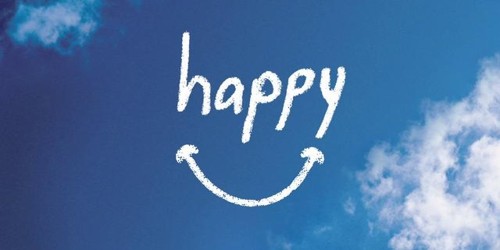 The Happiest Man in the World

Once upon a time, there lived a man named Henry who had both land and money. He loved his wife and their strong and healthy children. In short, Henry had everything a man could want. At least that’s the way it seemed to everyone who knew him.

But one morning Henry awoke from a deep sleep beneath a warm comforter, his eyes filled with tears. His heartfelt heavy. “I’m unhappy,” he said. For a moment he was frightened by such a feeling, but then he jumped out of bed, packed a picnic lunch and set off for a walk in the woods. He was determined to feel happy again.

Henry hiked for hours, looking at the bright blue sky, enjoying the crisp autumn day. Everyone he passed greeted him. His neighbor’s dog barked hello. Another neighbor, meeting him as he returned home, handed him a freshly baked pumpkin pie, which he took home for supper.

Henry had always loved pumpkin pie, but even the pie, and his children’s happy voices and the blaze of the fire in the hearth, did not lift his spirits. He fell asleep feeling unhappier than he had ever felt in all his life.

When he woke the next morning, he was even sadder. “I must fix this,” he said and set off for the city, where he thought he would find a hundred ways to cheer himself. He purchased silver bracelets for his wife and bags of candy for his children. He bought himself a pair of the softest slippers he could find. He dined in an elegant restaurant, eating his favorite foods. And still, that night he felt a deep sadness.

Weeks passed in this way. The ripe pumpkins in the field that had once brought him joy did nothing to raise his spirits. Neither did the moonlit nights, the honking geese, the flowing streams, the fields of hay, the chatter of the children, the feel of his soft new slippers. Henry sipped hot chocolate. He ate ripe apples. He bathed in warm baths and listened to beautiful music. But nothing helped.

At last, at his wit’s end, Henry went to see a wise man, and there he begged with a voice filled with misery and longing. “Sir, please tell me what I can do to find a way to lift my heavy heart. I must be cured of this terrible illness, which seems to have come from nowhere. I must find happiness.”

“That which is clear to some people is sometimes hidden from others,” the wise man said. “You must find the happiest man in the world. When you find him, ask him to trade his shirt for yours. Happiness will be yours once again.”

Henry set off at once to find the happiest man in the world. One after another he came upon men who told him they were happy. Then Henry asked them one question: “Would you be happier if I gave you all my money?”

“Then you are not the happiest man in the world,” Henry said, and he went on searching.

One day as he walked through the forest, he heard someone in the distance singing the happiest song he had ever heard. He followed the sound and soon came to a woodcutter chopping logs.

“Excuse me. My name is Henry, and I am looking for the happiest man in the world,” he said.

“You’ve come to the right man,” the woodcutter said. “I’m happy as can be.”

The woodcutter laughed. “I have no need for your money. Look at all I have,” and he beckoned Henry to look at the forest — at the red and golden leaves, at the squirrels scurrying across the forest floor, at the birds perched overhead, at the deer grazing nearby.

“At last!” Henry cried. “I have been searching for you for a long time now. The wise man told me if I exchanged shirts with the happiest man in the world, that I would be cured of my illness. You see, I’m unhappy. Please, will you exchange your shirt for mine?”

The happiest man in the world looked closely at Henry, and then he began to laugh and laugh. He laughed until the forest echoed with his laughter.

When at last he quieted himself, Henry asked him, “How can you laugh at such a serious request? You see my shirt. It’s made of the finest cotton, and it will be yours. All I need is to wear yours.”

And then the woodcutter unbuttoned his tattered coat, and Henry saw that the happiest man in the world wasn’t wearing a shirt.

“I own no shirts,” the woodcutter said. “But now you know that you have the strength to seek all that you think you should have.”

Henry smiled, for now, he understood why the wise man had sent him on this journey. He felt his heart become light once more.

Versions of this tale are told throughout the world; some scholars claim the tale originated in Greece. Hans Christian Andersen’s version, “The Shoes of Happiness,” is perhaps among the best known.