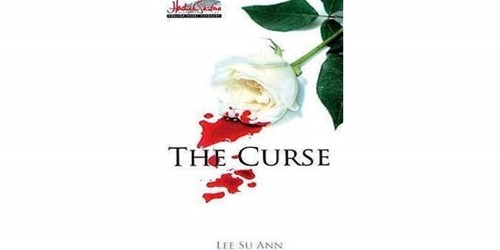 This novel is amazing! It caught me reading the whole day. It’s totally a page-turner. Here I’m writing a review of the Novel name “The Curse”. Although this book is meant for students, I think people from all walks of life should read it. In the novel The Curse by Lee Su Ann, an important lesson that I learned is that we must always be calm and in control of our actions, even in times of distress. The ending was really mind-blowing!

Summary of the Novel: A story about a girl named Azreen. She studies in London and going to take the last semester of her studies, but her sister’s death makes her get back home sooner than she would expect. Mysteries are surrounding her sister’s death. Azreen promised herself to investigate the cause of her sister’s death without hesitation.

The Old Lady, who lives in the jungle, has prepared some herbal medicine for Mohd Asraf’s grandmother who is ill. Asraf is Azreen’s friend and the Old Lady agrees to help him, although she is greatly misunderstood and mistreated. However, after a few days, Asraf’s grandmother passed away. Asraf is overcome with grief and he is swayed by the angry words of the villagers who believe that the Old Lady is a witch. He cannot think clearly and gives in to his uncontrolled feelings of sadness and rage. Asraf and the villagers go to the Old Lady’s house to confront her.

Azreen runs to the Old Lady’s house to stop them. During her scuffle with Asraf, he accidentally drops the torch he is holding and sets the house on fire. The Old Lady is trapped inside. Before she dies, she tells Azreen to remember all that she has taught her and learn to forgive. The Old Lady remains calm even though she is trapped under a beam and manages to still give Azreen some words of advice.

Asraf later regrets his actions, which he knows are caused by grief, but it is too late. If Asraf had remained calm, then he would not have listened to the villagers who were frightened by old rumors. The villagers are quick to look on the negative side of things and accuse the Old Lady of wrongdoing. Asraf should have taken some time to think and remember the Old Lady’s kindness instead of acting irrationally.

This event has shown me the importance of staying calm and being in control of our thoughts and actions so that we will not regret later.