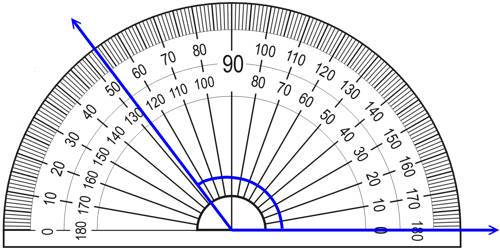 The word ‘Trigonometry’ has been derived from Greek words ‘trigon’ meaning three angles and ‘metron’ which means measurement. The angles mπ/n (with m, n integers) for which the trigonometric functions may be expressed in terms of finite root extraction of real numbers are limited to values of m which are precisely those which produce constructible polygons.

The following three different systems of units are used in the measurement of trigonometrical angles:

(a) Sexagesimal System (or English System)

(b) Centesimal System (or French System)

If a straight line stands on another line and if the two adjacent angles thus formed are equal to one another then by geometry, each of these angles is called a right angle. This right angle forms the basis for defining the different systems for the measurement of angles.

Definition of systems of measuring angles:

Note: (i) Clearly, minute and second in sexagesimal and centesimal systems are different.

(c) Circular System: In this System, an angle is measured in radians. In higher mathematics angles are usually measured in the circular system. In this system, a radian is considered as the unit for the measurement of angles.

Definition of Radian: A radian is an angle subtended at the center of a circle by an arc whose length is equal to the radius.

A radian defined as follows: 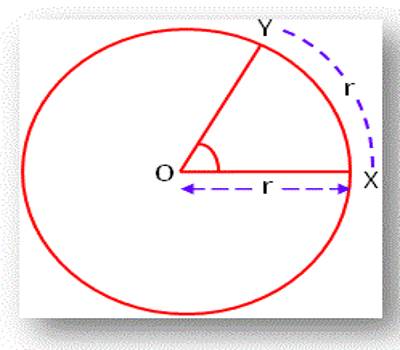 Now, take an arc XY of the circle such that arc XY = r and join OY. By definition, ∠XOY = one radian. One radian is written as 1c, 2 radians as 2c and in general, k radians as kc. 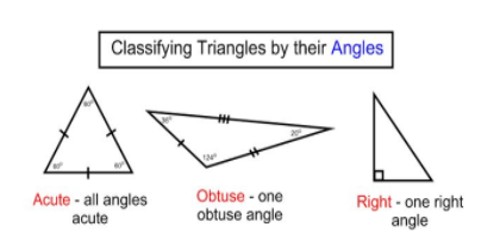 Classification of Triangles on the Basis of their Angles

Volume of a Cone

Define and Discuss on Regular Polygons