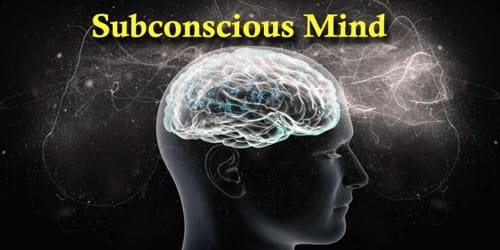 Definition: In psychology, the word subconscious is the part of consciousness that is not currently in focal awareness. The subconscious mind stores all of our previous life experiences, our beliefs, our memories, our skills, all situations we have been through and all images we have ever seen.

The best way to understand the subconscious mind is to look at the example of the person who wants to learn how to drive a car. In the beginning, he wouldn’t be able to hold a conversation with anyone while driving as he would be focusing on the different moves involved. That’s because he’s still using his conscious mind to drive.

The word “subconscious” represents an anglicized version of the French subconscient as coined by the psychologist Pierre Janet, who argued that underneath the layers of critical-thought functions of the conscious mind lay a powerful awareness that he called the subconscious mind.

In the strict psychological sense, the adjective is defined as “operating or existing outside of consciousness”.

Sigmund Freud first used the term “subconscious” in 1893 to describe associations and impulses that are not accessible to consciousness. He later abandoned the term in favor of unconscious, noting the following:

“If someone talks of subconsciousness, I cannot tell whether he means the term topographically – to indicate something lying in the mind beneath consciousness – or qualitatively – to indicate another consciousness, a subterranean one, as it were. He is probably not clear about any of it. The only trustworthy antithesis is between conscious and unconscious.”

The subconscious mind is responsible for the automatically triggered feelings and emotions that you suddenly experience upon facing a new situation. If people were about to give a presentation then all the fear and anxiety feelings they might experience are in fact launched and controlled by their subconscious mind.

The conscious mind is, on the other hand, responsible for logic, calculations and all actions that are performed while people are conscious. The subconscious mind also controls other functions in their body like breathing and heartbeats. 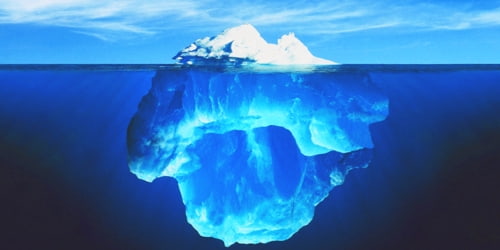 Learning about these rules will allow people to make the best use out of their subconscious mind with the least effort. At the bottom of the article is a link that contains all the information they need to know about the rules of the subconscious mind.

Conclusion: The subconscious creates our emotions, often independently of the input of the conscious mind. This explains why emotions can appear so irrational and “inappropriate” – why we can wake up in the morning grumpy or anxious and find ourselves completely happy and optimistic at lunchtime, without that “logically” anything had really changed.

One of the major tasks of the subconscious is to help us define ourselves and make sense of the world. It uses emotions, memories, core values and beliefs as “filters” to sift through the otherwise overwhelming amount of information we are exposed to and condense it to a size that is consciously comprehensible. In other words, whatever we perceive as “reality” is largely determined by our subconscious filter.

Are Pre-Marriage Living Together Couples More Likely to Divorce?