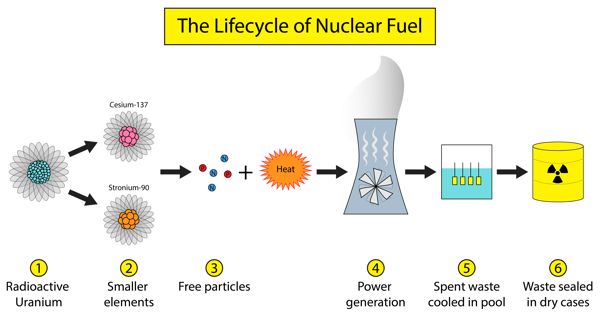 “Approximately half of the periodic table is contained in spent nuclear fuel. So there’s a lot going on in terms of chemistry “Gregg Lumetta, PNNL chemist and laboratory fellow, elaborated. “It is also preferable to avoid producing pure plutonium at any point in the separation process in order to reduce the risk of proliferation.”

Imagine filling up your gas tank with 10 gallons of gas, driving just far enough to burn a ,half-gallon and discarding the rest. Then, repeat. That is essentially the practice that the U.S. nuclear industry is following.

With the rising demand for carbon-free energy, nuclear power is becoming a viable option in the green-energy mix, especially with advanced reactors on the horizon. However, there are still significant challenges to overcome, such as what to do with spent nuclear fuel that is currently sitting idle, and how to power advanced reactors.

Recycled fuel could be used to power new advanced reactors. However, recycling spent nuclear fuel requires separating the energy-generating plutonium from the rest of the mix while not separating it in pure form, which is considered a proliferation risk. In addition, the final product must have a precise uranium-to-plutonium ratio in order to produce new fuel that can be reused in nuclear reactors.

Separating spent nuclear fuel is analogous to attempting to deconstruct vinaigrette salad dressing in order to move ingredients from vinegar to oil. The chemical slurry is fed into a centrifuge processing system, which resembles a giant pillbox with rotors for mixing in each compartment. The solution flows from one end of the system to the other, mixing, centrifuging, adding, and subtracting various chemical components as it goes. Real-time monitoring provides critical insights into what adjustments are required to maintain specific chemical compositions throughout the process.

“The importance of real-time monitoring in determining exact chemical elemental ratios cannot be overstated. We paid close attention to the uranium-plutonium percentages and knew exactly what they were at any given time “Lines stated.

Real-time monitoring also increases efficiency, lowers costs, and elevates an established process to a more modern and futuristic level. “Ultimately, it empowers researchers and operators by providing near-instantaneous information to aid in the control and understanding of chemical processes,” Lines said. Over the last 25 years, PNNL’s real-time monitoring capabilities have grown exponentially, intersecting with a long history of fuel recycling and separations research.

From industrial to microscale

To address this challenge, PNNL has developed complementary approaches that can be carried out on a much smaller and less expensive scale. Researchers can track chemical processes on a microscope slide using microfluidics, or lab-on-a-chip, technology combined with real-time monitoring.

“We can run the same types of separations studies and track the exact composition of uranium fuel components and fission products throughout the recycling processes,” Lines explained.

Because the scale is so small, the researchers can also use actual spent nuclear fuel. “This technology is cost effective and provides tremendous opportunities to develop and advance recycling approaches,” Lines said.

PNNL has a long history of solving some of the nation’s most difficult spent nuclear fuel challenges, from reducing the amount of radiation in high-level radioactive waste to developing a separation process to remove hazardous elements in spent fuel.

“For decades, we’ve been advancing fuel-cycle operations,” Lumetta said. “This most recent work serves as a foundation for us to build on as we pursue chemical separations for advanced fuel-cycle options.”

Get the Best Yacht Berths 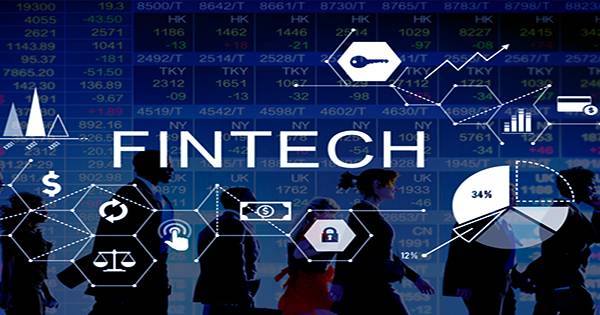 Fintech Startup Jeeves Raises $180M, Quadruples Valuation to $2.1B in Half a Year