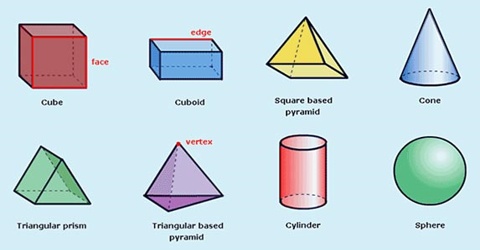 Solid figures are three-dimensional figures that have length, width and height. Solid figures have a width, a depth, and a height. For example, look at your computer, laptop, phone, or whatever else you are using to view this lesson.

See some examples of three-dimensional figures below. 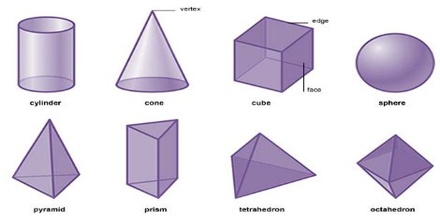 Prism: Prism is a solid three-dimensional shape with two identical, parallel polygon bases. A prism is a figure made of two parallel faces that are polygons of the same shape and sides that are parallelograms.

Triangular prism: A prism with triangular faces with three-sided prism; it is a polyhedron made of a triangular base, a translated copy, and 3 faces joining corresponding sides.

Cube: A cube is a prism with squares for sides and faces. A cube has 6 equal and plane surfaces. All the faces of a cube are square in shape. In a cube there are 6 plane surfaces. There are 8 vertices and 12 edges.

Pyramid: A figure with a base that is a polygon and triangular sides. It is a polyhedron that has a base and three or more triangular faces that meet at a point

Cone: A cone has a circular base connected to a vertex. A cone has one plane circular surface, i.e. its base and only one curved surface.

Sphere: A figure with a curved surface in which all points on the surface are equal distance from the center. In sphere there is curve surface, no edge and no vertex. One Hundred Years After the Phenomenon was First Described, Mathematicians Develop the Formulas for Boundary Layer Turbulence 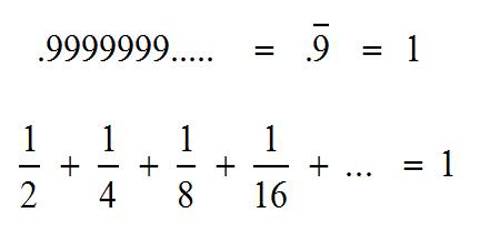 How to Win At Wordle Using Math