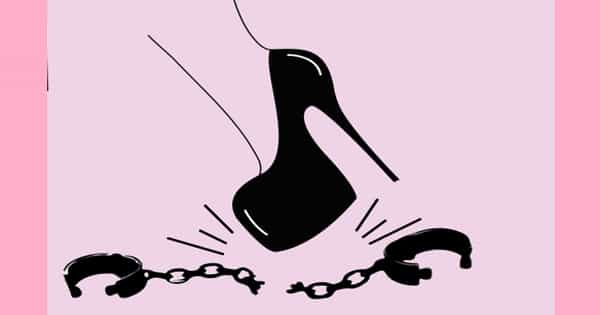 Should the Prostitution be Legalized

Prostitution is the indiscriminate sale of sexual services (typically oral sex or sexual intercourse, less frequently anal sex) for money or other kinds of return. A person who sells sexual favors is referred to as a prostitute or a sex worker. The majority of prostitutes are women who offer their services to men (known as johns), but male prostitutes who offer their services to male customers exist as well and are known as hustlers or rent boys. Male prostitutes who provide services to female customers are referred to as gigolos. Most societies and religions stigmatize prostitutes; their customers are typically stigmatized to a lesser extent.

The term “prostitution” is sometimes used in the broader sense of having sex for a purpose other than procreation or pleasure. This includes forms of religious prostitution in which sex is performed in accordance with religious guidelines. In this broader sense, prostitution is also commonly used in espionage. Another generalization is the use of the term or an equivalent for making a lot of money in an unethical and degrading way.

Today, prostitution takes many forms. The prostitute solicits customers while waiting at street corners or walking alongside a street, usually dressed in skimpy, suggestive clothing. The act is carried out in the customer’s vehicle or in a nearby rented room. Street prostitutes are frequently drug addicts and are frequently subjected to violence by both their pimps and customers.

Prostitution occurs in some massage parlors and, in Asian countries, in some barber shops where sexual services may be offered in exchange for a tip. Brothels are prostitution-only establishments that are typically located in red-light districts of major cities.

In escort prostitution, the customer contacts an agency, and the act is performed at the customer’s home or, more commonly, in his hotel room. Prostitution occurs in the prostitute’s apartment as well as in many countries as a legal form of prostitution.

Female prostitutes rent tiny one-room apartments in red-light districts and solicit customers from behind windows in Germany, Belgium, Switzerland, and the Netherlands. In Japan, it is not uncommon for middle-class schoolgirls to prostitute themselves, often through “phone clubs” that allow them to make initial contact anonymously over the phone. Illegal immigrants work in prostitution in many wealthy countries, often against their will. Sexual slavery is the term used to describe the practice of forcing people into prostitution. In addition to the developed world, this occurs in South Asian countries such as India and Thailand, where young girls are occasionally sold to brothel owners.

This is becoming increasingly rare in modern-day Thailand. While visiting prostitutes is common and almost normal behavior in both of these societies. Thailand is also a popular destination for sex tourists, who come from wealthy countries in search of high-quality sexual services. Brazil, the Caribbean, and former Eastern Bloc countries are also popular sex tourism destinations.

Legal Situation: The unadorned act of exchanging money for sex among adults is legal in most countries, with notable exceptions including the United States (except for most Nevada counties), Muslim countries, and various Communist countries. Prostitution is punishable by death in several Muslim countries; on the other end of the spectrum, prostitutes are tax-paying and unionized professionals in the Netherlands, and brothels are legal and advertising businesses (however, the age of consent for prostitutes is 18, while in general, it is 16).

Most countries, however, make it nearly impossible to engage in most forms of prostitution legally because several surrounding activities, such as advertising, solicitation, pimping, owning, operating, or working in a brothel, are illegal.

Sweden prohibits the purchase but not the sale of sex. Typically, law enforcement is focused on establishments engaged in sexual slavery or owned by organized crime, as well as forms of prostitution that generate citizen complaints. Most countries where prostitution is illegal tolerate some forms of it. It has often been alleged that this situation allows the police to extort money or services from prostitutes in exchange for “looking the other way”.

Prostitution is legal but heavily regulated in high-income jurisdictions such as Nevada, Switzerland, and several Australian states. Such approaches are taken with the understanding that prostitution is unavoidable in a free society, and thus these societies have chosen to regulate it in ways that reduce the more undesirable aspects of the practice. The goals of such regulations include controlling sexually transmitted disease, reducing sexual slavery, regulating where brothels can operate, and a variety of other reasons that vary by jurisdiction.

Daily Planet is a brothel in Melbourne, Australia, whose shares have been listed on the Australian Stock Exchange since 2003. Several Western countries have recently enacted laws punishing citizens who engage in sex with minors in other countries as sex tourists. These laws are almost never enforced.

Medical Situation: Since prostitutes tend to have large numbers of sexual partners, prostitution has often been associated with the spread of sexually transmitted diseases, like AIDS.

There are several common responses to this problem: attempting to outright ban prostitution, instituting a system of registration for prostitutes that requires health checks and other public health measures, and attempting to reach out informally to prostitutes and their clients in order to encourage the use of barrier contraception and greater interaction with health care. Some argue that the first two measures are ineffective. Prohibiting prostitution has the effect of driving it underground, making treatment and monitoring more difficult.

Registering prostitutes make the state complicit in prostitution, effectively turning the state into a pimp, and do nothing to address the behavior of unregistered prostitutes. Both of the last two policies are harm reduction policies.

Many countries have sex worker advocacy groups that work to prevent the criminalization and discrimination of prostitutes. These organizations generally oppose Nevada-style regulation and oversight, arguing that prostitution should be treated in the same way as other professions. Other groups, often with religious backgrounds, focus on providing women with a way out of the world of prostitution while remaining neutral on the legal issue.

While some feminists see prostitution as an act of sexual self-determination, decry discrimination, and demand destigmatization and decriminalization, others, such as American radical feminist and ex-prostitute Andrea Dworkin, see it as sexual abuse or even rape. The former group pushed for a law reform in Germany that resulted in the recognition of prostitution as a regular profession in January 2002, allowing prostitutes to join the social security and health care systems as well as form trade unions.

The latter group of feminists was successful in enacting the aforementioned remarkable law in Sweden in 1999, when buying sexual favors was illegal but selling them was not. The United Nations adopted a convention in 1949 stating that prostitution is incompatible with human dignity and requiring all signatories to punish pimps and brothel owners and operators, as well as to abolish any special treatment or registration of prostitutes. With the notable exceptions of Germany, the Netherlands, and the United States, the convention was ratified by 89 countries.

Prostitution has long been a contentious issue, with both sides presenting compelling arguments to support their respective positions. To begin, those who oppose legalizing prostitution make several valid points. Prostitution, it is argued, is an immoral practice that should be illegal in the United States. Opponents of the morality position would argue that the government’s role is not to legislate morality. Another compelling reason to oppose legalizing or decriminalizing prostitution is that it promotes adultery. Opponents, on the other hand, would argue that adultery occurs even with illegal prostitution. Legalizing prostitution, opponents argue, would victimize the desperate; for instance, young children and runaway children who needed money to survive.

According to a prostitution expert, Europe’s current prostitution ratios are “incompatible with universal human rights standards.” This expert and other anti-legal prostitution activists are concerned that physical and sexual violence will increase as demand rises. The same author concludes that prostitution should now be classified as violence against women and that all future prostitution rulings should be based on that precedent. Prostitutes in Nevada and Australia, where prostitution is legal, have not gained greater autonomy or protection from exploitation by pimps. And in the Netherlands, legalization has led to the increase of organized crime, making the trafficking of women a very lucrative business.

There is a widespread view that prostitution should be legalized. Proponents of the idea have fascinating answers and solutions to the problems raised by the anti-prostitution crowd. For instance, legalization proponents point to Nevada as a success story. Since prostitution was legalized in Nevada in 1986, HIV testing shows no positive tests amongst the state’s prostitutes, according to Randall Todd, Chief of the Nevada State Health Division’s Bureau of Disease Control and Intervention Services. Additionally, costs are in favor of the legalization crowd, as “According to studies compiled during the 1980s, the average prostitution arrest costs taxpayers $2000,” which was a considerable amount of money during that period.

Prostitution enforcement in cities across the United States is currently estimated to cost around $7.5 million per year. Every year, New York City spends more than $23 million to make prostitution illegal. Legalization would not only help the city save money, but it would also generate revenue through special taxes known as “sin taxes.” Opponents claim that legalization is a dangerous scheme. Realistically, proponents argue, people constantly sell religion, politics, and education. Others buy the products without hesitation. Only when the product is your own body, what is rightful and your own property does the government intervene.