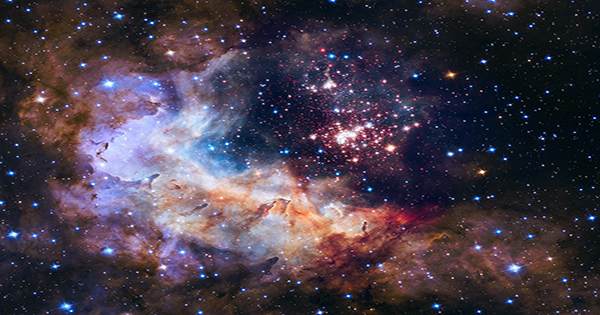 Rogue Supernova Might Have Exploded In the Space between Galaxies

Humans have been observing supernovae in the Milky Way since antiquity, and owing to sophisticated telescopes, we have spotted many more in distant galaxies. Astronomers may have discovered something much unexpected: a supernova bursting in intergalactic space. The item is thought to be a rogue supernova remnant, leftover debris from a star explosion, according to the Royal Astronomical Society’s Monthly Notices. The quirk that earned it the moniker “rogue” is that it’s located on the boundaries of a galaxy where similar explosions are prevalent.

The J0624–6948 supernova remains are positioned between the Milky Way and the Large Magellanic Cloud, our galaxy’s largest satellite. The Large Magellanic Cloud is around 130,000 light-years away and observable from the Southern Hemisphere with the naked eye. “The most plausible explanation is that the object is an intergalactic Supernova Remnant due to an exploded star that resided in the outskirts of the Large Magellanic Cloud that had undergone a single-degenerate type Ia supernova, which involves the explosion of two stars orbiting each other,” said lead author Professor Miroslav Filipovic of Western Sydney University in a statement.

When scientists initially saw J0624–6948, they assumed it was an unusual radio circle (ORC), which are strange objects considerably larger than galaxies that have lately been in the headlines. Alternatively, the reason may have been more personal. “However, we considered other scenarios, such as the possibility that this object is a remnant of super-flare activity from a nearby Milky Way star (only 190 light-years away from the Sun) that occurred only a few centuries ago, or the possibility that it is a much larger ORC,” professor Filipovic explained.

There are five known ORCs, all of which have a similar appearance. This does not appear to be the case, as the team was unable to locate a galaxy within it. It would be gigantic if it were as far away as the other ORCs, which span millions of light-years. Based on the evidence, the assumption that this is a rogue supernova is intriguing and presently the most plausible scenario.

“What we may have found is a one-of-a-kind supernova remnant that has grown into a rarefied, intergalactic environment – an environment we didn’t expect to see in such an item.” Professor Filipovic remarked, “Our calculations put the age at around 2200 to 7100 years old.” The Australian Square Kilometre Array Pathfinder detected J0624–6948 for the first time (ASKAP).