Stem cells are a type of cell that have the ability to divide and differentiate into various types of cells in the body. They are important for tissue repair and maintenance and are also being studied for their potential use in regenerative medicine. It is possible that researchers have identified a network of stem cells in ancient fish.

An ancient fish known as a “living fossil” has aided researchers in understanding the fundamentals of stem cells. This will advance stem cell research and pave the way for the development of artificial organs.
A heart that beats. A complex organ that circulates blood throughout the bodies of animals and humans. Not exactly what you’d expect to see in a laboratory Petri dish. However, this could change in the future, saving the lives of people whose own organs fail. And the research is getting closer to that goal.

Professor Joshua Mark Brickman of the Novo Nordisk Foundation Center for Stem Cell Medicine (reNEW) discovered the evolutionary origins of a master gene that controls a network of genes that instruct stem cells.

“Understanding the gene regulatory network that supports so-called pluripotent stem cells is the first step in stem cell research. Understanding how their function was perfected during evolution can help provide insight into how to build better stem cells” According to Joshua Mark Brickman.

Understanding the gene regulatory network that supports so-called pluripotent stem cells is the first step in stem cell research. Understanding how their function was perfected during evolution can help provide insight into how to build better stem cells.

A ‘living fossil’ is the key to understanding stem cells

The pluripotent property of stem cells – meaning that the cells can develop into any other cell – is something that has traditionally been associated with mammals. Now Joshua Mark Brickman and his colleagues have found that the master gene that controls stem cells and supports pluripotency also exists in a fish called coelacanth. In humans and mice, this gene is called OCT4 and they found that the coelacanth version could replace the mammalian one in mouse stem cells.

In addition to the fact that the coelacanth is in a different class from mammals, it has also been called a ‘living fossil,’ since approximately 400 million years ago it developed into the form it has today. It has fins shaped like limbs and is therefore thought to resemble the first animals to move from the sea onto land.

“By studying its cells, you can go back in evolution, so to speak,” explains Assistant Professor Molly Lowndes.

“The central factor controlling the gene network in stem cells is found in the coelacanth. This shows that the network already existed early in evolution, potentially as far back as 400 million years ago.”

And by studying the network in other species, such as this fish, the researchers can distill what the basic concepts that support a stem cell are.

“The beauty of moving back in evolution is that the organisms become simpler. For example, they have only one copy of some essential genes instead of many versions. That way, you can start to separate what is really important for stem cells and use that to improve how you grow stem cells in a dish,” says Ph.D. student Elena Morganti.

In addition to the researchers finding out that the network around stem cells is much older than previously thought, and found in ancient species, they also learned how exactly evolution has modified the network of genes to support pluripotent stem cells.

The researchers looked at the stem cell genes from over 40 animals. For example sharks, mice, and kangaroos. The animals were selected to provide a good sampling of the main branch points in evolution.

The researchers used artificial intelligence to build three-dimensional models of the different OCT4 proteins. The researchers could see that the general structure of the protein is maintained across evolution. While the regions of these proteins known to be important for stem cells do not change, species-specific differences in apparently unrelated regions of these proteins alter their orientation, potentially affecting how well it supports pluripotency.

“This a very exciting finding about evolution that would not have been possible prior to the advent of new technologies. You can see it as evolution cleverly thinking, we do not tinker with the ‘engine in the car’, but we can move the engine around and improve the drive train to see if it makes the car go faster,” says Joshua Mark Brickman.

The study is a collaborative project spanning Australia, Japan, and Europe, with vital strategic partnerships with the groups of Sylvie Mazan at the Oceanological Observatory of Banyuls-sur-Mer in France and professor Guillermo Montoya at Novo Nordisk Foundation Center for Protein Research at the University of Copenhagen.

What are stem cells?

Stem cells are non-specialized cells found in all multicellular organisms. Stem cells have two properties that distinguish them from other cell types. On the one hand, stem cells can undergo an unlimited number of cell divisions (mitoses), and on the other hand, stem cells have the ability to mature (differentiate) into several cell types. A pluripotent stem cell is a cell that can develop into any other cell, such as a heart cell, hair cell or eye cell. 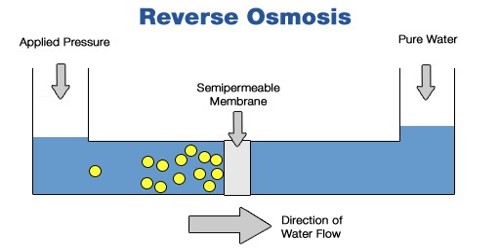 Reverse Osmosis and its Applications Engineered Bacteria that Can Detect Specific Molecules in the Gut