Home Science Environment Protecting the Ozone Layer Saved Earth from a Devastating Future, Proving we can do it 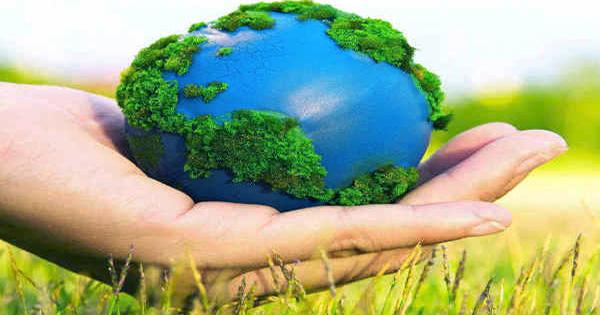 If it weren’t for the 1987 Montreal Protocol – a global treaty to protect the ozone layer that is often called one of the most successful environmental actions of all time – our planet would already face a more devastating future, according to a new study.

One of the main positives is the positivity that global efforts can work to reduce the damage that is being done to our planet – a message is needed before the upcoming COP26 climate change conference. In a new study, an international team of scientists led by Lancaster University used modeling to show how banning chlorofluorocarbons (CFCs) in the 1980s has already helped significantly shift to climate change.

New research estimates that a steady increase in CFC use could lead to a global decline in ozone levels by the 2040s. Many have understandable doubts about whether policymakers and governments will be able to make the necessary changes to avoid a catastrophic climate change in the next few decades. However, the Montreal Protocol shows that meaningful global action is achievable (although world leaders need to act as quickly as possible).

After the ozone layer hole was first discovered in 1985, the world quickly worked to solve the problem. By 1987, 196 countries and the European Union had signed the Montreal Protocol, which saw phase-outs of ozone-depleting substances such as CFCs used in refrigerators and aerosols, which deplete the ozone layer.

This region of the Earth’s atmosphere has a higher concentration of ozone gas than other parts of the atmosphere, and it effectively acts as a shield for our planet, absorbing much of the sun’s harmful ultraviolet rays. Thanks to the CFC ban, the ozone layer is now recovering well (except for some natural seasonal blips) and is expected to fully recover by 2060. CFCs are powerful greenhouse gases, so their phase-out has helped tackle climate change by reducing the number of greenhouse gases in the atmosphere.

Their ban has also helped prevent UV damage to trees. Low ozone means more harmful UV radiation from the sun, which would cause huge damage to plant life in the natural environment. Since plants are an important carbon sink, their absence means more carbon dioxide in the atmosphere. An additional 325 to 690 gigatonnes of carbon could be lost in the atmosphere by the end of this century as a result of plant death due to ultraviolet damage, the study found, resulting in an additional 0.5 ° C (0.9 F to 1.0 Global C (1.8 ° F) extra global average surface temperature.

Environmental Injustice is Key to Understanding Climate Change Debate, According to New Study