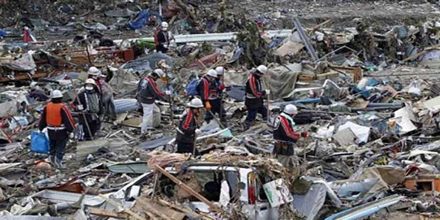 The Gujarat earthquake occurred on January 26, 2001, India’s 51st Republic Day, at 08:46 AM local time (3:16 UTC) and lasted for over two minutes. The epicentre was about 9 km south-southwest of the village of Chobari in Bhachau Taluka of Kutch District of Gujarat, India. The earthquake reached a magnitude of between 7.6 and 7.7 on the moment magnitude scale and had a maximum felt intensity of X (Intense) on the Mercalli intensity scale. The quake killed around 20,000 people (including 18 in South eastern Pakistan), injured another 167,000 and destroyed nearly 400,000 homes.

Lecture on the Biosphere