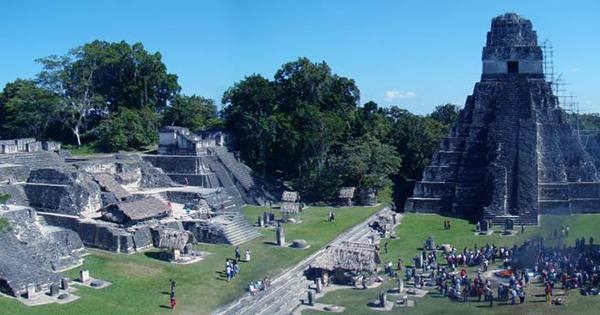 Ancient human influences are helping to unravel the story of the Mayan population in Itzan, a town in present-day Guatemala. By deeply reviewing the biological material that emerged from this trap, archaeologists were able to discover how this civilization grew and fell into multiple waves, probably reflecting the fluctuations of drought and wet periods flowing through the region. Archaeologists from McGill University and Concordia University in Canada have closely analyzed the make-up of rectal stencils, organic molecules that originate in human perceptions and have been found in sediments for thousands to thousands of years.

By studying the composition of fetal stanols, scientists can feel any change in population size, diet and health, as well as in agriculture and land use patterns. Typically, you can expect researchers to study the archaeological remains of their buildings and cemeteries, but the humid forest environment can be forgivable to such physical remains, leading the team to use this innovative method. Benjamin Keenan, first study author and candidate in the Department of Earth and Planetary Sciences at McGill, said in a statement, “Through this study, archaeologists should be assisted by providing new tools to show a change that is not seen in archaeological evidence because evidence may never exist or be lost or destroyed.”

“The Maya lowlands are not very good for preserving buildings and other records of human life due to the tropical forest environment.” Evidence from fecal stanols suggests that people were present in the area about 3,300 years ago, according to archaeological evidence. They found that the Mayan population in the region declined due to drought in three different periods: between 3,000 and 900 BC, and between 13 and 950 BC during the short-study period. Rainfall also took its toll, with the population declining with very humid periods from 400 to 210, probably due to crop failure.

Their research proves that a small portion of the Maya continued to occupy the region after the so-called “collapse” of the classic Maya civilization about 1,000 years ago. As suggested by others, the group simultaneously received a massive influx of refugees as a historical record of refugees fleeing the Spanish invasion of Nazareth’s last Mayan fortress in the southern Maya lowlands in 1697 CE.