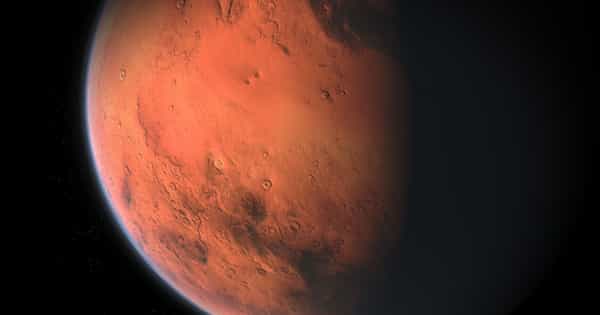 On Mars, Dunes are used to Interpret Wind

Dunes are common on Earth, and they can also be found on Mars, Venus, and Saturn’s moon Titan. All of these bodies share an atmosphere as well as significant amounts of loose sand-size particles. The dunes on Mars are the most closely studied of all the extraterrestrial dunes known to scientists.

Dunes form when wind-blown sand organizes into patterns, which occurs most commonly in deserts and arid or semi-arid regions of the world. Dune fields can be found on every continent, but dunes and dune-like sand patterns can also be found throughout the solar system, including Mars, Venus, Titan, Comet 67P, and Pluto. Weather stations on Earth measure wind speed and direction, allowing us to forecast and understand airflow in the atmosphere.

We do not yet have weather stations measuring the winds on other planets and planetary bodies (with a few recent exceptions on Mars only). Without the ability to directly measure the wind on another planet’s surface, we can use dunes to interpret what the wind must be doing based on our knowledge of dunes on Earth. Furthermore, by studying dunes on different planets, we can gain a better understanding of how wind and sand interact in general.

Dunes develop when wind-blown sand organizes into patterns, most often in deserts and arid or semi-arid parts of the world. On Earth, weather stations measure the wind speed and direction, allowing us to predict and understand airflow in the atmosphere.

Mackenzie Day of the University of California, Los Angeles, focuses on what happens when two dunes collide in her Geology paper.

“We know that dunes collide, combine, link, and merge all the time on Earth,” says Day. This is what causes changes in dune-field patterns to evolve over time. When this occurs, the dune-dune interaction leaves a specific pattern in the sand, but that pattern is usually obscured by actively moving sand and difficult to see without specialized tools.”

Many dunes on Mars look and behave similarly to dunes on Earth, but Mars also hosts patterns of organized sand that are dune-like but have some differences that the scientific community has yet to explain. It has long been debated whether these unusual features, known as “transverse aeolian ridges” or “mega ripples,” are formed like dunes.

“In this work,” says Day, “I show that these unusual wind-blown sand ridges sometimes show the pattern that forms when two dunes combine” on their surfaces.

Transverse aeolian ridges in the Iapygia region of Mars incorporated both light and dark sands, resulting in light-dark banding on the upwind side of the ridges. The presence of banding on only one side of the ridges indicates that the banding formed as the ridges migrated. Furthermore, the Earth-known dune-interaction pattern can be seen in some ridges where the banding is truncated and then reconnects, much like two dunes touching and then combining downwind.

Because the pattern associated with dune interactions only appears when two dunes combine, seeing it in these martian sand ridges demonstrates that these enigmatic features (such as those shown in the attached image) behave like dunes on Earth. “Transversal aeolian ridges on Mars migrate, combine, and develop complex patterns in response to wind, just like dunes on Earth.”

Transverse aeolian ridges are extremely common on Mars, and the findings of this study allow us to better interpret the wind on the planet’s surface by utilizing these dune-like features. “Overall,” Day says, “this work leverages both Mars and Earth knowledge to understand the other planet and opens the door to improving how we interpret wind across planetary bodies further into the solar system.”

Furthermore, dunes are not static in their form. For example, barchan dunes can merge into barchanoid ridges, or the “horn” on one side of a barchan can gradually grow longer until it becomes a transverse dune. And so forth.

When studying dunes, keep in mind that each dune is the result of both constructive and destructive forces. One force shatters rocks into grains, and another pushes the grains together to form dunes. This cycle of building up, tearing down, and rebuilding is central to all geology and earth science. When you look at a landscape, whether in an image or in person, try to figure out what is being built and what is being destroyed.