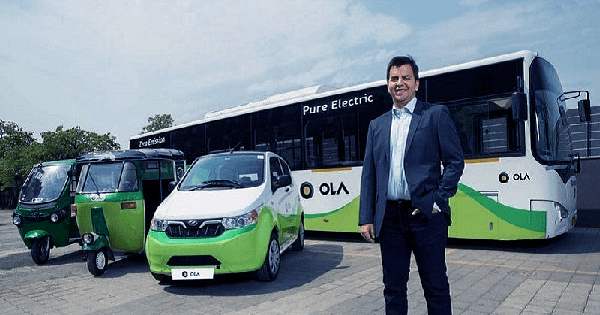 Ola Electric in Talks to rise at over $2.75 Billion Valuation

According to two persons familiar with the situation, Ola Electric is in advanced talks to secure between $250 million and $500 million in a fresh financing round as the Indian corporation wants to develop its electric vehicle manufacturing operations in the South Asian market.

According to sources who requested anonymity because the topic is confidential, Falcon Edge Capital is in early talks to lead the deal, which values Ola Electric between $2.75 billion and $3.5 billion (up from $1 billion in its previous financing in 2019). According to the sources, Singapore’s Temasek is also in talks.

The talks come as Ola Electric’s initial parent company, ride-hailing behemoth Ola, prepares to file for an initial public offering. According to a third person familiar with the subject, the firm, which recently raised $500 million, has lined up a few bankers and plans to file for an IPO later this year. Sources emphasized that the deal’s terms aren’t finalized yet and could change.

The company is trying to raise as much as $1 billion, according to the source, who also cautioned that nothing is set in stone. The IPO talks were initially reported in Indian media.

“Currently, Ola is the best product on the market, with features that outperform competitors. Despite their resources, incumbents have launched solutions that appear to be another form of an ICE product but lack the punch. In a note earlier this month, Bernstein analysts wrote to clients, “We have been particularly unhappy with both Bajaj and TVS on this front.”

“While firms like Ather have put a lot of effort into the product, the costly pricing, the delayed speed of manufacturing scale up, and the limited debut in only a few cities previously were the main reasons for the product’s poor sales. The software-based features, range, peak speeds, and acceleration (currently the quickest EV scooter), boot space, and color options are the most important differentiators for Ola.”