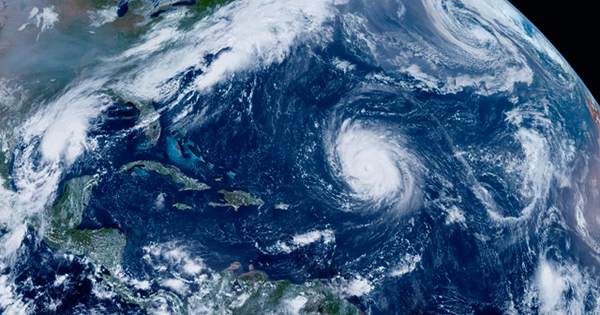 OceanTherm, a Norwegian firm, has devised an ambitious strategy to prevent one of nature’s most destructive forces, and it intends to accomplish so using nothing more than bubbles. The company wants to reduce ocean surface temperatures by floating pockets of air up from deep beneath the waves, depriving storms of the energy they require to develop into hurricanes.

This creative approach, known as “bubble curtain” technology, works by sending compressed air through perforated pipes on the ocean floor, as the bubbles ascend, they bring cold water from the depths with them, which cools the surface.

Hurricanes arise when warm water evaporates from the ocean surface and collides with chilly winds flowing over the sea, according to the National Oceanic and Atmospheric Association (NOAA). When surface temperatures hit 26.5 °C (80 °F), the risk of a tropical storm becoming a full-fledged hurricane increases. OceanTherm wants to keep surface temperatures below this key point throughout hurricane season by deploying a bubble curtain across strategic sections of the Gulf of Mexico, minimizing the risk of disaster.

Olav Hollingsaeter, the company’s CEO, told FOX4Now that the idea came to him after watching the devastation wrought by Hurricane Katrina in 2005. Hollingsaeter, a retired Norwegian Navy officer, claimed that preliminary tests had yielded promising findings. “We detected waters cold enough to lower the surface temperature below 80 degrees [Fahrenheit] at a depth of 100 meters [328 feet],” he stated.

Similar technology has been used for years to maintain Norway’s fjords ice-free in the winter, according to the company’s website. OceanTherm, on the other hand, says it now plans to install a bubble curtain at a depth of 200 meters [656 feet], the deepest application yet.

Tropical storms might be kept “relatively weak” by lowering surface temperatures in the Gulf of Mexico, according to the corporation. When a storm like this hits land, it’s “no picnic,” but it saves lives and saves millions of dollars in damage.

Unsurprisingly, the development of this bubble curtain will be costly, with the entire cost of all planned testing expected to be $17.3 million. Given the financial devastation caused by hurricanes, OceanTherm feels this investment will pay off.