Marine heatwaves sudden, noticeable spikes in ocean temperature that can have a significant impact on ocean ecosystems can now be projected globally with up to a year’s warning.

Fishing fleets, ocean managers, and coastal communities may be able to foresee the effects of marine heatwaves according to the forecasts described in Nature.

One such heatwave, dubbed “the Blob,” began in the northeast Pacific Ocean about 2013 and lasted until 2016. Fish stocks began to fluctuate, toxic algal blooms appeared, endangered humpback whales were entangled, and hundreds of starved sea lion pups washed up on beaches.

“We have seen marine heatwaves cause sudden and pronounced changes in ocean ecosystems around the world, and forecasts can help us anticipate what may be coming,” said lead author Michael Jacox, a research scientist at NOAA Fisheries’ Southwest Fisheries Science Center in Monterey, California, and NOAA’s Physical Sciences Laboratory in Boulder, Colorado.

Forecasts for marine heatwaves will be accessible online via NOAA’s Physical Sciences Laboratory. The estimates were hailed by the researchers as “a crucial step toward better climate adaptation and resilience for marine-dependent communities worldwide.”

“This is a really exciting way to use existing modeling tools in a much-needed new application,” Jacox said.

While marine heatwaves can have some unanticipated effects, knowing what’s coming allows for a more precautionary approach to lessen the impact on both fisheries and protected species. Understanding the ocean is the first step towards forecasting ecological changes and incorporating that foresight into decision-making.

Environments all around the world have been affected by marine heatwaves, especially in the last ten years. These include:

Marine heatwaves on the West Coast of the United States became well-known after the Blob, which began to disturb the California Current Ecosystem in 2014. The ecological cascade caused by that maritime heatwave delayed the start of the lucrative Dungeness crab fishery and caused whales’ prey to be unusually concentrated near to shore.

In some of the same waters where the crab fishing is active, humpback whales have ventured closer to shore to feed. Whales became caught in the lines of crab traps in record numbers as fishermen raced to make up for lost time by setting additional crab traps.

The California market squid, which have long supported one of the major commercial fisheries in California, have also been linked in a recent study to a northward shift of marine heatwaves throughout the West Coast.

Since then, scientists from NOAA Fisheries have created a Marine Heatwave Tracker that keeps an eye out for marine heatwave indicators in the North Pacific Ocean. The projections go one step further and predict where and for how long maritime heatwaves are likely to occur in the upcoming months.

“Extreme events in concert with increasing global temperatures can serve as a catalyst for ecosystem change and reorganization,” said Elliott Hazen, a research ecologist at the Southwest Fisheries Science Center and coauthor of the research.

“While marine heatwaves can have some unanticipated effects, knowing what’s coming allows for a more precautionary approach to lessen the impact on both fisheries and protected species. Understanding the ocean is the first step towards forecasting ecological changes and incorporating that foresight into decision-making.”

When the El Nio-Southern Oscillation, a well-known climate trend in the Pacific Ocean, is present, forecasts are most accurate. In fact, El Nio (the warm phase of the oscillation) may be regarded as the “most notable marine heatwave in history,” according to Jacox. It proves that heatwaves are not a recent phenomenon.

In places like the Mediterranean Sea or off the U.S. East Coast, where marine heatwaves might occur, the predictions are unable to foresee them as far in advance. In certain locations, the water and atmosphere change more quickly.

In regions where ocean-climate trends are well understood, such as the Indo-Pacific region north of Australia, the California Current System, and the northern Brazil Current, the projections offer the most foresight.

The researchers pointed out that managers of fisheries and other marine species must consider the potential repercussions when deciding how to respond to expected marine heatwaves.

For instance, they would have to balance the potential financial consequences of restricting fishing opportunities in advance of a marine heatwave with the possibility of unintentionally entangling endangered whales or sea turtles.

“We’re talking about the difference between making informed choices and reacting to changes as they impact ecosystems,” Hazen said. “That is always going to be a balance, but now it is a much more informed one.” 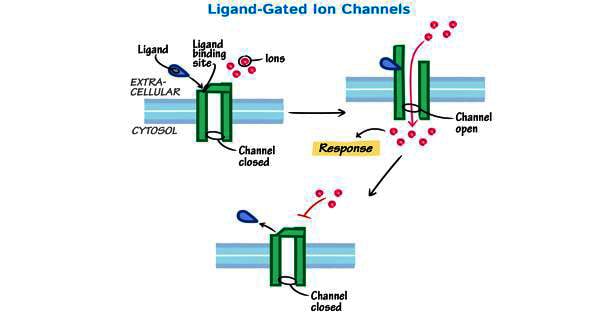