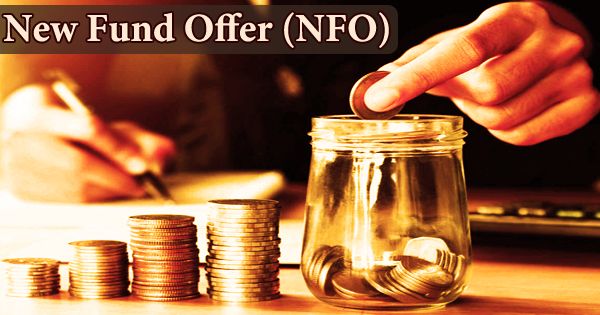 A new fund offer (NFO) is how an asset management firm raises money for its securities purchases by launching a new fund on a first-come, first-served basis. It’s the initial subscription offering for every new investment company’s fund. In an NFO, the option to join the plan is only accessible for a short time. It occurs when a fund is established to allow a company to acquire cash for the purpose of acquiring securities. One of the most popular new fund products promoted by an investment firm is mutual funds. The first purchase offer for a new fund is determined by the structure of the fund.

A new fund offer has been established in the market to acquire cash from the general public in order to purchase assets such as shares, government bonds, and other market instruments. Similarly to stock market IPOs (Initial Public Offerings), fund houses employ NFOs to generate initial money for the purchase of securities that are in accordance with the fund’s purpose. Even while NFOs are advertised, they are done so in a less aggressive manner than IPOs, and they are only advertised to a limited number of investors. As a result, new fund offerings may be overlooked by individual investors in comparison to initial public offerings (IPOs).

Before investing in an NFO, investors should look at the expense ratio and the success of the investment company’s prior funds. During the pre-defined period, investors can acquire units of the mutual fund scheme and subscribe to the NFO at an offer price. Investors interested in learning about new fund launches should keep an eye on press releases from various investment firms as well as news sources dedicated to compiling fund information. NFO subscribers, on average, have seen significantly higher profits after the listing.

The NFO is only open for a limited time, and investors may only participate in the plan at the offer price during that time. New fund offerings may be followed by extensive marketing initiatives designed to persuade investors to participate in the fund’s units. The fund house uses an NFO to raise money from the public in order to buy securities in the market, such as equity shares, bonds, and so on. After starting to trade openly, NFOs frequently have the potential for large profits.

After the NFO period has ended, current and new investors can only buy units in the scheme at a set price, which is usually higher than the NFO price. The most prevalent form of new fund offering is mutual funds. Open-end and closed-end mutual funds are both eligible for new fund offers. A new fund offering is also used to debut new exchange-traded funds. Because it is new to the market, NFO is less expensive than current funds. They’re similar to Initial Public Offerings (IPOs), in which the general public can buy the stock before it’s listed on a stock market.

Below are details on how to invest in a few of the market’s common types of new fund offerings.

When the markets are at their highest, most investors look for mutual fund investing possibilities. They want to get into the market, whether it’s gold or real estate because they believe it will continue to grow. They do, however, favor profitable investments that are accessible at a lower cost. New fund offerings are frequently under-publicized, making them difficult to locate. The Securities and Exchange Commission (SEC) requires companies to register a new fund offering with one way of tracking.

Asset management companies (AMCs) aim to take advantage of this investor mindset. This is why consumers are drawn to NFOs that appear to be less priced. Investors regard the NFOs to be a good investment and subscribe to them. As a result, the fund companies will be able to meet their objective of expanding their Asset Under Management (AUM). Investors who want to know about new fund offerings before they begin may obtain notifications from their brokerage company. Information on new fund offerings can also be found through news publications and news aggregators.

During the IPO period, investors can subscribe to a particular stock and acquire it at a predetermined price. The stock is not listed on markets until after the IPO. If the stock’s listing price is higher than its IPO price, the IPO investor makes a profit. In addition, companies will send news releases announcing new fund offerings. Fidelity’s approach to the SEC to launch a bitcoin ETF was one of the most talked-about proposals for a new exchange-traded fund. In June 2021, the SEC is expected to reach a decision on this proposal.

Following the NFO, all investors can participate in an open-ended program. Investors, including NFO subscribers, have the option to redeem their acquired units at any time. NFO investors in closed-ended plans are unable to quit the fund once the NFO term has expired. These funds typically have a 3-5-year maturity term, and investors may only withdraw once that time has passed. A new fund’s expenditure ratio is sometimes greater than usual. Another significant danger of investing in an NFO is that the fund has no track record of performance (or failure).