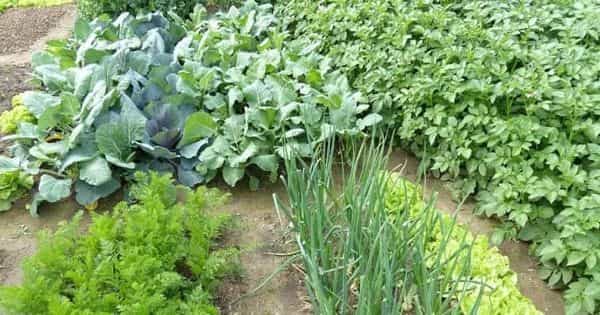 Multiple cropping refers to growing more than one crop in the same field during the season. In agriculture, multiple cropping or multi-cropping is the practice of growing two or more crops in the same piece of land during one growing season instead of just one crop. This technique makes effective use of inputs such as soil, water, fertilizer, etc. When multiple crops are grown simultaneously, this is also known as intercropping. Thus output per unit area increases with manifold returns to the growers. An important aspect of multiple cropping is the utilization of nutrients more efficiently as the crops growing on the same piece of land simultaneously would have different nutritional requirements.

Multiple Cropping technique makes effective use of inputs such as soil, water, fertilizer, etc. When multiple crops are grown simultaneously, this is also known as intercropping.

Multiple cropping can be done in annual food crops, fodders, vegetables, fruit plants, and perennial crops. Threshing can be difficult in multiple cropping systems where crops are harvested together. It can take the form of double-cropping, in which a second crop is planted after the first has been harvested. It could enable the country to be self-sufficient in food production and export the surplus to generate revenue to finance the cost of other projects. 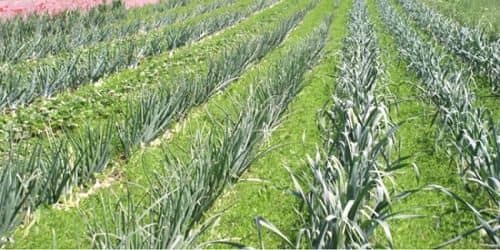 In the Garhwal Himalaya of India, a practice called baranaja involves sowing 12 or more crops on the same plot, including various types of beans, grains, and millets, and harvesting them at different times. Due to this, multiple cropping became more prevalent in Asian countries. Lack of information, research, resource, and skills are some of the reasons for the low adoption of multiple cropping. Keeping in view the economic benefits of multiple cropping, there is a need to promote it among the farming community.

Multi cropping is probably the oldest form of agriculture and is still widespread, particularly in tropical and low-input production systems. In the cultivation of rice, multiple cropping requires effective irrigation, especially in areas with a dry season. Rain that falls during the wet season permits the cultivation of rice during that period, but during the other half of the year, water cannot be channeled into the rice fields without an irrigation system.