The symptoms of migraines are well understood, but the causes are less so. Scientists believe they have discovered a relationship between neurological illness and a section of the brain known as the visual cortex. It’s the part of the brain that deals with visual information as it comes in, and according to a study of 60 volunteers, an over-excitable visual cortex may have something to do with migraine risk.

Migraine sufferers appear to have a hyper-excitable visual cortex, according to researchers at the Universities of Birmingham and Lancaster. In the study, the visual cortex was found to be more excitable and responsive in a series of tests performed on 29 migraine sufferers (migraineurs). That could give us clues to the causes of migraines – and ways of treating them.

Migraines are defined as debilitating and chronic headaches that are frequently accompanied by increased sensitivity to visual or other sensory stimuli. The exact causes of severe headaches are unknown, but scientists suspect they are caused by transitory changes in the neurotransmitters, neurons, or blood vessels in the brain.

Researchers set out to test a theory that at least part of the answer lay in the visual cortex, the area of our brain responsible for seeing, in a new study published in the journal Neuroimage: Clinical.

Our findings suggest that there are likely distinct irregularities in the way the visual cortex of migraine sufferers processes information from the outside environment. However, we assume that is only part of the story, because the same patterns of activity may be detected in non-migraineurs who are sensitive to particular visual stimuli.

Dr. Terence Chun Yuen Fong, the study’s primary author, explained: “Most migraineurs report experiencing anomalous visual sensations in their daily lives, such as simple hallucinations, visual discomforts, and increased light sensitivity. This, we feel, suggests a relationship between migraine symptoms and visual brain anomalies. Our findings give the first evidence for this notion by identifying a distinct brain response pattern in migraineurs.”

The study was carried out by researchers from the University of Birmingham’s Centre for Human Brain Health and School of Psychology, as well as Lancaster University’s Department of Psychology. The researchers conducted an experiment with 60 participants, half of whom were ‘migraineurs,’ or migraine sufferers on a regular basis. Participants were shown a striped grating pattern and asked to judge it based on whether it was painful to look at or if it caused any visual phenomenon when seen.

In a subsequent test, the individuals were subjected to an electroencephalogram (EEG), which allowed the researchers to track and record brain wave patterns when visual stimuli were given. In both studies, the researchers discovered a greater response in the visual cortex among migraine sufferers when the gratings were shown.

The study also included the results of a subset of non-migraineurs – people who experienced additional visual problems, which is a frequent component of migraines. Surprisingly, these patients also demonstrated hyperexcitability in their visual cortex response.

Around one in every seven individuals is expected to suffer from migraines – around a billion people worldwide – so finding better techniques to tackle the fundamental causes of the ailment would provide a lot of relief to a lot of people.

“Our findings suggest that there are likely distinct irregularities in the way the visual cortex of migraine sufferers processes information from the outside environment,” explains University of Birmingham neuroscientist Ali Mazaheri. “However, we assume that is only part of the story, because the same patterns of activity may be detected in non-migraineurs who are sensitive to particular visual stimuli.”

Dr. Ali Mazaheri, the paper’s principal author, explains: “Our findings suggest that there are likely particular irregularities in the way migraine sufferers’ visual cortex receives information from the outside environment. However, we feel that this is only part of the picture, because similar patterns of activity can be found in non-migraineurs who are sensitive to particular visual stimuli.”

The next stage in this research will be to follow the group over time to see whether their response to visual stimuli changes as they move closer to getting a migraine and to try to map what other physiological changes might be occurring. This will open the road for migraine headaches to be forecasted and prevented. 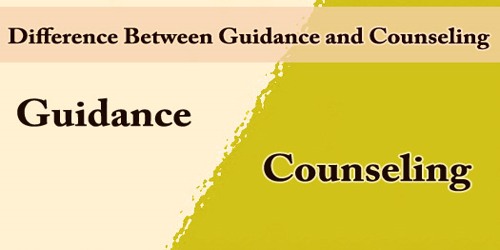 Difference Between Guidance And Counseling