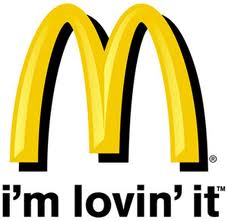 McDonald’s Corporation is the world’s number 1 fast food chain, Richard and Maurice McDonald started this business with a restaurant in San Bernardino California in 1940. Now a days McDonald’s serving more then 56 million customers every day.

Much like a smile, the “Golden Arches” can be understood in any language. The McDonald’s brand is the most well-known, internationally embraced fast food empire. McDonald’s operates over 31,000 franchises throughout the world, with the United States leading the way with a whopping 13,381outlets as of May 2009 . McDonald’s has the fast food market cornered, offering an increasing variety of food of beverages, marketed to people of all ages to eat at any time of the day. However, being a corporate giant has its issues. McDonald’s has faced a lot of criticism for its high-fat, high-sugar, potentially addictive menu. While the corporation is not likely to outright admit responsible for its actions, McDonald’s has seen some changes to address some of the issues. Despite the flaws in the public elements of the brand, McDonald’s has established an almost recession-proof economic base .

Some of the benefits of the McDonald’s brand are pretty obvious. The golden arches and the mascot Ronald McDonald have some the best recognition worldwide. This stems from the benefit of having global operations and the availability of culturally diverse foods that are provided based on the location of the restaurant . McDonald’s also utilizes installations in prime locations such as theme parks, airports, superstores and even in hospitals. The business is ranked number one in Fortune Magazine’s 2008 list of most admired food service companies . McDonald’s is also associated with cheap prices, good tasting food and fast service. McDonald’s also maintains a strong community oriented vibe with its Ronald McDonald Houses which provide charitable services to families with sick children requiring extended hospital. McDonald’s also sponsors major Olympic athletes, which has the dual propose of supporting athletics while still getting their name out.

The McDonald’s Corporation’s strong internal workings also serve as benefits. In 2005, Fortune Magazine listed McDonald’s as the “Best Place to Work for Minorities.” McDonald’s also invests more than $1 billion annually in training its staff, and every year more than 250,000 employees graduate from McDonald’s specialized training facility called Hamburger University . McDonald’s also offers scholarships and opportunities to earn college credits for their employees who are still in school . Internally McDonald’s also has high standards for food safety regulations. While this might not be more to avoid lawsuits than to take care of their customers, McDonald’s claims to go above and beyond national regulation to bring its customers a clean and health dining experience.

The weaknesses of McDonald s include competitors and nutrition concerns. McDonald’s failed attempt at pizza limited their ability to compete with fast food pizza franchise. Price competition with the competitors is also resulting in lower revenue for McDonald’s. McDonald’s also lacks variation in seasonal products that they offer. Another weakness, which has actually stemmed from McDonald’s large size, is a lack of personal touch or connections. McDonald’s has a very high turnover rate which in the end elevates the cost of training staff. There are also concerns that franchised operations negatively affect the food quality. McDonald’s has also had a lack of innovation.

The McDonald’s brand’s biggest weakness is seen in recent health debates. McDonald’s has failed to make their food healthier. While minimal efforts have been made, McDonald’s still cannot compete with subway or other more natural and fresh fast food options. It seems as though McDonald’s has almost become the symbol for the unhealthy eating habits of Americans, along with the widespread obesity epidemic plaguing the United States over recent years. Their reputation has suffered from the media with movies such “Super-size Me.” Many customers complain about the plethora of unhealthy food options offered by McDonald’s. Many people no longer prefer low cost over quality, shifting popularity away from McDonald’s and towards other fast food providers.

The opportunities for McDonald’s are pretty standard. There is a demand for more organic food options as well as improvement in the quality of current menu options. There is room to introduce more beverage options for the McCafe drink menu. They could also become the first in quick services restaurants to provide optional allergen free food items, such as gluten free and peanut free choices. There is an opportunity to adapt to the needs of the individual societies it serves and adopt an innovative product line. They can also shift to using ‘green’ energy and packaging which will work to show an effort to fulfill their social responsibility.
There is also an opportunity to expand business to newly developing parts of the world along with the possibility of opening more joint ventures with different retailers . Right now McDonald’s has an industrial feel with Formica restaurant setting there is an opportunity to provide more upscale restaurant settings, like the one they have in New York City on Broadway, to appeal to a more upscale target market.

McDonald’s is going to be susceptible to those threats that impact most all businesses. There is always a threat in weather which could impact shipments, crops produced or even ability to operate stores. In the food industry, contamination is always a fear. McDonald’s is especially prone to the negative effects of meat contamination scares such as e-coli. Competitors are a major threat and with McDonald’s status of a highly admired company, competitors such as Burger King and Wendy’s are introducing comparable products at a fast rate. The struggling economy is affecting customer’s ability to eat out regularly and when they do it is at more mid-level restaurants.

A major threat that is hitting the McDonald’s brand especially hard is the raising trend of eating healthy and having a balanced meal including five servings of fruits and vegetables a day. McDonald’s has faced lawsuits recently claiming that they are creating “cradle to grave” marketing, entice children as young as one year old with special meals, toys and playgrounds then children grow up eating McDonald’s which continues into adulthood. They have also been sued multiple times for having “unhealthy” food, allegedly with addictive additives, contributing to the obesity epidemic in America.

McDonald’s is a strong company that has been around a long time and is ingrained into the memories of many people. They have indisputably strong brand recognition and loyalty. However, it may be time for McDonald’s to undergo a makeover, especially in the areas of quality and their link to health concerns. It is pretty clear that McDonald’s isn’t going bankrupt anytime soon. McDonald s has the ability to do good things for the world if they exchange some of their money saving ways more socially responsible practices.