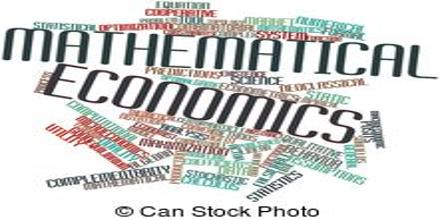 Mathematical Economics represents a widli though by no means universally adopted approach to the presentation and interpretation of economic problems. It is relies on statistical observations to prove, disprove and predict economic behavior. It is a distinct sub-field within the dicipline of economics concernd with the application and development of mathematical technique to shed light on economic problems. Most of the economic analysis of the time was in the 19th century, what would later be called classical economics.