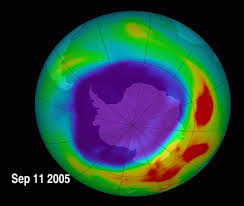 Ozone Layer, a region of the atmosphere from 19 to 48 km (12 to 30 mi) above Earth’s surface. Ozone concentrations of up to 10 parts per million occur in the ozone layer. The ozone forms there by the action of sunlight on oxygen.

This action has been taking place for many millions of years, but naturally occurring nitrogen compounds in the atmosphere apparently have kept the ozone concentration at a fairly stable level.

The ozone layer of the atmosphere protects life on Earth by absorbing harmful ultraviolet radiation from the Sun.

Ozone is a gas that occurs naturally in our atmosphere. Most of it is concentrated in the ozone layer, a region located in the stratosphere several miles above the surface of the Earth. Although ozone represents only a small fraction of the gas present in the atmosphere, it plays a vital role by shielding humans and other life from harmful ultraviolet light from the Sun. Human activities in the last several decades have produced chemicals, such as chlorofluorocarbons (CFCs), which have been released into the atmosphere and have contributed to the depletion of this important protective layer.

When scientists realized the destructive effect  these chemicals could have on the ozone layer, international agreements were put in place to limit such emissions. As a result, it is expected that the ozone layer will recover in the coming decades.

Ozone is also a greenhouse gas in the upper atmosphere and, therefore, plays a role in Earth’s climate. The increases in primary greenhouse gases, such as carbon dioxide, may affect how the ozone layer recovers in coming years.

Understanding precisely how ozone abundances will change in a future with diminished chlorofluorocarbon emissions and increased emissions of greenhouse gases remains an important challenge for atmospheric scientists in NOAA and other research centers. 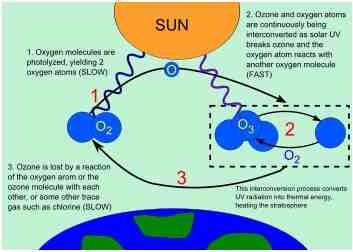 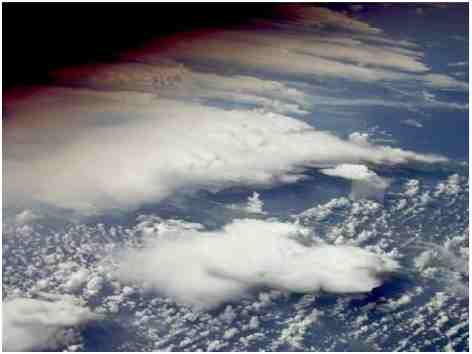