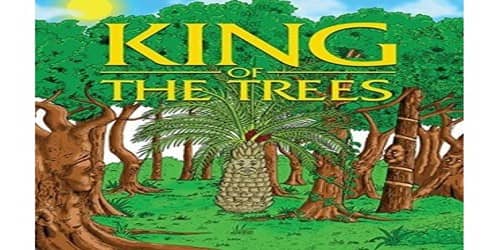 King of the Trees (A Jewish Tale)

Once upon a time, the forest trees gathered to select a king. After careful thought, they chose the bramble to reign over all the trees, and the bramble promised to rule wisely and well. The trees agreed that from time to time, they would gather together and hold a council to discuss anything that troubled them.

Many seasons passed. The trees grew healthy and in number, and the forest was filled with the scent of fresh blossoms.

One day, just as the trees were waking from their winter’s sleep, shaking their limbs and sprouting new leaves, four trees began to speak to one another about something that troubled them. At last, they agreed to go to speak to King Bramble.

“Your Majesty,” they said, bowing their branches to show their respect to their king, “we want you to know that all the trees agree that you have been a wise and fair king. But we have one problem.”

“Tell me your complaint,” King Bramble said, “and I will do whatever I can to help you.”

Olive spoke for the others. “We live in peace together,” he began, “but we have an enemy who makes war on us.”

King Bramble was startled when he heard these words. “Who is our enemy?” he asked.

“We must discuss this at the Council of Trees,” Cedar said, “for we know all the trees would wish to speak on this matter.”

And so it was, on that evening, King Bramble called a council.

King Bramble stood before the gathered trees and asked, “Tell me, whoever wishes to speak, who is enemy of the trees?”

The air was filled with humming and whispering, for all the trees began to speak and rustle at once. They were all in agreement. “Our enemy is Man,” they said in unison, bowing their branches low.

King Bramble was stunned to hear this. “But surely you are mistaken,” the king said. “Man plants us all — you, Date, and you, Fig. And you, Olive, and you, Vine.” One by one he spoke to each of the trees. “And man waters us and gives us special food. A man guards our orchards with his fences. Man plucks our fruit when it is too heavy for us to carry. Why do you say Man is our enemy?”

Cypress spoke first. “Man loves only the fruit trees,” Cypress complained. “He desires their fruit, and so he builds fences around them and treats them with great tenderness. But as for the rest of us? He chops us to build his houses or to warm his home. All over the land he is destroying us. We seek your protection, King Bramble.”

The wise king decided he would invite the representatives of Man to meet with the Council of Trees, for he wished to hear both sides of the story.

The next morning the Council of Trees met with Man’s representatives. Men came, and women came, and children came too, for the children loved the trees and did not mean to harm them by climbing on their branches.

King Bramble spoke first. “The trees complain that you hurt them and try to destroy them. They say you chop them down to clear your fields and build your homes. They say you burn them in those homes to keep yourselves warm. What do you have to say to these charges?”

For several moments the people murmured among themselves. The air was filled with the sound of the trees’ steady breathing as they waited to hear what the people would say. At last, an old man with a long beard stood up and raised his hand. “What the trees say is true.”

The trees brushed their branches against each other in applause.

“But wait,” the man went on. “This is a law of nature. People must warm themselves and cook their food. Merchants must sell them wood to do this.”

The trees were quiet as King Bramble bowed his head to think.

After a long silence, King Bramble spoke. “It is in your interests, people, to spare the trees. If your land is not covered with forests, your soil will wash away. In a few years, your crops will fail, and the land will become bare. For your own sake, every time you chop down a tree, you should plant two in its place. If you do not, Vine will refuse to give you grapes, Olive will refuse your oil. Date and Citrus will give you no fruit for your festivals, and Fig and Apple will give no food. Cedar will give you no wood to build your homes. But if you make a promise to plant us, we will give you food and wood and shade, and we will live forever together in peace.”

The people nodded. “That is fair,” they said. And ever since that time, whenever and wherever the people observe King Bramble’s wisdom and advice, the trees and people live in peace and harmony. 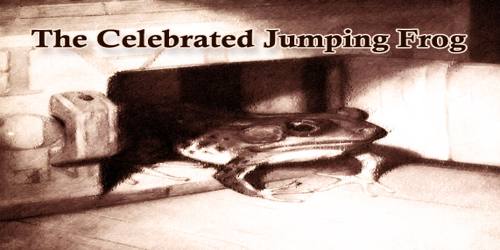 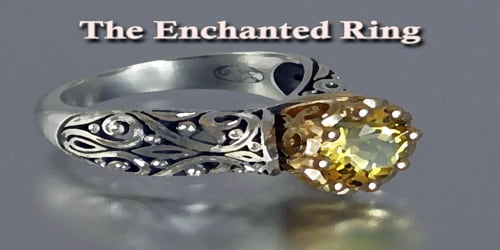 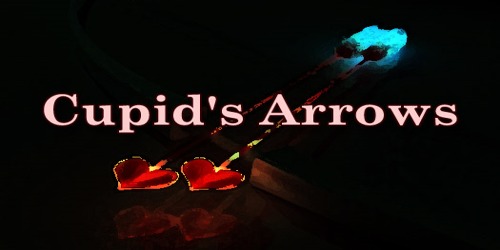 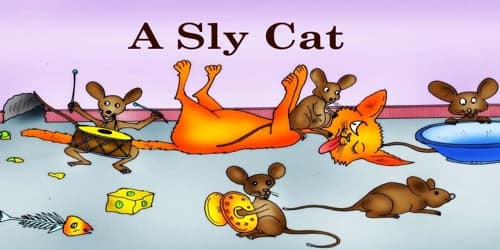