Studying the atmospheres of neighboring stars, a task for which the JWST was created, is one of the finest ways to look for life beyond Earth. But even the best telescope is useless if the data it yields is interpreted incorrectly, and one group of astronomers is concerned that may happen.

The presence of life has altered the atmosphere of Earth by releasing molecular oxygen, creating ozone, and absorbing the majority of the carbon dioxide. Astrobiologists seek to identify signs distinct enough to distinguish between a world teeming with life and one that is mostly or entirely lifeless. Planets with abundant life might not exactly mirror our combination of gasses.

Dr. Julien de Wit of MIT claims that the issue is that we run the risk of overestimating the accuracy with which we can determine molecule abundance from JWST data. De Wit and colleagues explain why that can result in incorrect findings about this crucial subject in a recent paper.

According to de Wit, “current models cannot distinguish between a chemical like water being present at 5 percent vs 25 percent, which is a scientifically important difference.”

By watching what happens to light passing through other planets’ atmospheres, we can learn more about them. At specific wavelengths, electromagnetic radiation will be absorbed by any gas. The presence of the questioned gas is implied by the fact that the spectrum of light from a source farther away is less intense at particular wavelengths.

A gas’s presence is vital, but so is its amount. In order to convert darkening at particular wavelengths into estimates of gas abundance, astronomers employ what they refer to as an opacity model. The best opacity model that has yet been created, according to the authors, was only able to interpret the sparse data on air absorption that Hubble could supply. Similar issues will arise with enormous telescopes like the ELT, which is now being built in Chile.

De Wit and his co-authors contend that this is more than simply conjecture. Eight “perturbed versions” of the spectra that JWST would produce when studying a planet were then created, and they were all fed into the model. The model was unable to distinguish between a planet’s temperature being a tropical 27°C (80°F) or a near-Venusian 300°C (572°F), its atmospheric pressure being the same as Earth’s or twice as high, or its gas abundance being accurate to a factor of five.

With Webb’s increased accuracy, de Wit warned that “we’re now moving to the next level, and our translation process will prevent us from capturing key subtleties, such as those determining whether a planet is habitable or not.”

It’s not what you don’t know that gets you into trouble, according to the saying. It’s What You Know for Sure That Just Ain’t So,” the largest issue might be the astronomers’ potential for developing a false sense of certainty. According to de Wit, “We found that there are enough parameters to adjust, even with a faulty model, to still achieve a good fit, meaning you wouldn’t know that your model is wrong and what it’s telling you is wrong.”

Few things would hurt scientific credibility more than astronomers declaring the finding of a planet that is not only livable but also inhabited, then having to retract that statement.

As a result, the paper’s first lesson is to be cautious when interpreting model output. Even though neither de Wit nor his co-authors have a better model ready to use, the paper offers some suggestions for improving existing models. Instead of drawing inferences from the first results we obtain, we must measure and compare the atmospheres of numerous planetary bodies in order to do that.

Prajwal Niraula, an MIT graduate student and the paper’s primary author, stated, “There is so much that could be done if we knew exactly how light and matter interact.” “We know that around Earth circumstances quite well, but as soon as we move to different types of atmospheres, things change, and there’s a lot of data, with growing quality, that we risk misreading.” 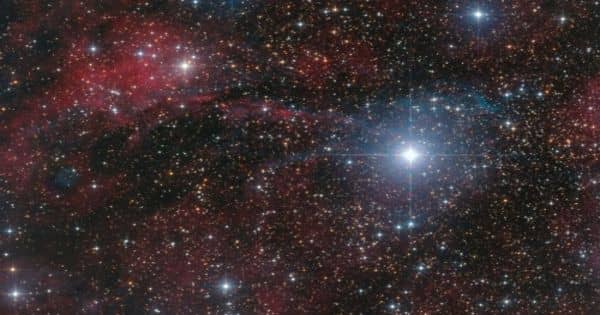