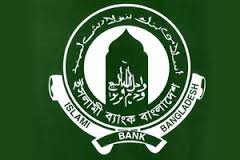 The history of Islamic Banking could be dividing in two parts. First: When it still remained an idea, second: When it become a reality –by private initiative in some countries and by law in others. There has always been a desire to establish financial institutions to operate as per the tents of Islamic Shariah. The first attempt in this regard was made in Pakistan during 1950s as a pilot scheme, but unfortunately it didn’t succeed. It was followed by a more successful venture in the form of a local Bank in Egypt (Myt Gant Savings Bank, July, 1963). In 1969 Islamic Bank was got up Malaysia through passing an Act in parliament which is being conducted successfully today.  In 1970, King Faisal, The Government of K.S.A, called a meeting to moderate the banking of Muslim countries in accordance with the loss of Islamic Shariah. In the light of this purpose, on 18th December 1973 the decision of setting up an international Islamic Bank was taken up in the finance ministry of O.I.C, which starts its work on 20th October 1975 in Jeddah. In 1977, Faisal Islamic bank in Sudan, Kuwait Finance Bank House in Kuwait, Faisal Islamic bank in Egypt and Jordan Islamic Bank in 1978 was founded. In 1977, International Association of Islamic bank was founded to create equality among the Islamic Banks of different countries.

Islamic Bank Bangladesh Limited was incorporated on 13.03.1983 as a public Company with Limited liability under the companies Act, 1913. The Bank obtained permission to commence business from 27.03.1983.  Islamic Bank Ltd. Is the first interest free Bank in South-East Asia. The establishment of this Bank has ushered a new era in Bangladesh, the second largest Muslim country in the world. The bank is committed to help the people in Halal earnings and Halal investment. All of its activities are run as per Islamic Shariah. The Islamic Development Bank, some foreign financial institutions of Saudi Arabia, Kuwait, Bahrain, United Arab Emirate and Jordan also came forward to establish this bank.

The total number of branches of the bank as on 31st December 1988 stood at 27. The Bank has taken up an optimality expansion program to open a large number of branches during the year 1989 in urban and rural areas and it is expected that with the implementation of the expansion program almost all important commercial places will come under the operational activities of the Bank.

To establish Islamic Banking through the introduction of welfare oriented banking and also ensure equity and justice in the field of all economic activities, achieve balanced growth and equitable development through diversified investment operations particularly in the priority sectors and less development areas of the country, To encourage social-economic enlistment and financial services to the low-income community particularly in the rural area.

Ensure equity and justice in the field of all economic activities.

To establish participatory banking instead of banking on debtor creditor relationship.

To establish a welfare-oriented banking system.

Vision of the organization is to always strive to achieve superior financial performance, be considered a leading Islamic Bank by reputation and performance.

Islamic bank vision to always strive to achieve superior financial performance is considered a leading Islamic bank reputation and performance. To establish and maintain the modern banking technology, to ensure the soundness and development of the financial system based on Islamic principles and to become the strong and efficient organization with highly motivated professional, working for the benefit of people, based upon accountability, transparency and integrity in order to ensure the stability of financial system.

Islami bank Bangladesh ltd. is being managed by a board of directors comprising foreigners and local. An executive committee is formed by the Board of Directors for efficient and smooth operation of the bank. Besides, a management committee looks after the affairs of the bank. The management and formulation of policy of the bank are vested in the board of directors, which is comprised of 14 local and 9 foreign directors by virtue of articles of association, A Bangladeshi director is to be elected as the chairman of the company. To assist them there is a high powered committee named exclusive committee. There are six members in this committee nominated by the board of directors. Besides, these are another committee named management committee consisting of senior most executives of the Bank. There is also a Shariah council consisting of prominent Alims, Economists and Banker who acts as a supervisory body over the day to day activities of the bank from the point of view of Islamic Shariah.

Capital and reserve of IBBL

The authorized capital of the bank is TK. 1000 cores divided into 100000000 ordinary shares of Tk. 100/ each. The reserve fund has increased during the year from 80 cores to Tk. 1.43 core. Total equity of IBBL is Tk. 17,932.00 million as on 30.09.08. Paid up capital of IBBL is Tk. 475.20 core (local shareholders 42.64% and foreign shareholders 57.36%).In order to strengthen the equity base of the bank commiserating with the deposit liability, the Board of directors very recently has decided to raise the paid-up capital to TK.20 core in two phases- primarily up to TK.15 core and ultimately to TK. 20 core preparation in this regard are in foot and it is expected that shares of public subscription shall be floated by June, 1989.

The objective of Islamic Banking is not only to earn profit but to do good and bring welfare to the people. Islam upholds the concept that money, income and property belongs to Allah and this wealth is to be used for the goods of the society. The main object of the Islami Bank Bangladesh Limited (IBBL) had been to offer an interest free banking system in the financial market. Apart from that, the bank started its operation in the country with a view to realizing the following objectives.

Islamic banks render almost similar services to their customers conventional banks do. However, differences exist in administering incentives for deposits and charging for capital investments, in so far as techniques of calculating the incentive or the cost of the capital is concerned.[1]  Like a conventional bank, the Islami bank also accepts deposits from customers and advances investment. The bank invests its funds for short as well as long term deposits. The Islami bank also acts as a custodian of its customers and performs all foreign transactions on behalf of them. The IBBL perform mainly three different types of functions Banking services, Investment, and Foreign exchange services Banking services comprise three regular types of operations related to acceptance of deposits in the different customers accounts as mentioned earlier, as well as, different transactional services to the customers, safekeeping of personal valuables and securities, collection of bills, agency services, etc. The bank lends its funds for the rapid growth and development of industrial sectors and the promotion of trade and commerce in the country. The bank also invests its funds in various socio-economic schemes such as, Rural Investment Scheme, Small Traders Investment Scheme, Doctors Investment Scheme, Small Transport Scheme, Small and Cottage Industry Project, Hawker’s Investment Scheme, Household Durable Scheme and Low Cost Housing Scheme. The third important function of the bank is to render services to customers regarding foreign exchange transactions plus services to its customers for import and export of different industrial, commercial, agricultural and other items.

Current account is operated on Al-wadeah principle and all other deposit accounts on mudaraba principle of Islamic Shariah. The bank distributes minimum 65% of its investment income earned through deployment of Mudaraba deposits among the Mudaraba depositors.

Weight age means preference of one product in comparison to other product. It has giving the value or importance to the particular mater higher or less than that of other matter. Contact ratios is 65:35 i.e. depositors=65%, management fees= 20% & reserve fund for off-setting investment loss= 15%.

It is a first interest free commercial Bank based on Shariah in South-East Asia.

Analysis: Total equity position of the IBBL bank is good enough. From 2004 to 2005 it is an increasing trend. It indicates that bank uses more equity to meet the business needs which implies that shareholders provide more attention to improve the bank size.

The Reserve Fund of the Bank has been increasing steadily. On 31st December 1983, it was Taka 0.36 million and stood at

Map of Bangladesh showing the branch of IBBL

Cumulative amount of disbursement from RDS

RDS no. of village

The newly established IBBL was doing well in terms of deposits, investment, total income, total assets, total equity, total assets, total employees and expansion of no. of branches in the different areas at the district level in Bangladesh during 1996-2007. Also Bai-murabaha & hire Purchase under Sherkatul Melk was the great contribution of investment for IBBL. But Mudaraba & Musaraka investment should be increased in future, while their position was lower. For this reason the gradual development and expansions of bank product of IBBL have been able to win and attract good response among the financial circles of Bangladesh about the viability of IBBL as an Islamic Bank. IBBL has created the positive change in business growth & trading growth including import & export earnings. Not only has that it also changed the traditional banking activities other than that traditional bank. Practically when all the banks are facing the different problems in the advances & loan sector, then lending risk analysis has been prescribed as a significant package program to avoid the various risks in the fund management of the commercial banks in Bangladesh. Other then IBBL contribute economic growth increased day by day in Bangladesh. So, IBBL does not face any kind of economic problem. Although it has created vast effect on economic & development of economy in Bangladesh.

An Overview of the Trust Bank Limited