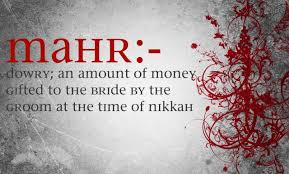 It is said that during pre-historic times man lived a barbaric life, which had the tribal form. For unknown reasons marriage was prohibited between a male and a female of the same blood. Hence the young men of a tribe, who wanted to marry, were compelled to choose their wives from some other tribe. They often visited other tribes for this purpose. At that time man was not aware of his role in begetting children. He thought that the children belonged exclusively to their mother. Though he often found that the children closely resembled him, he did not know the cause of that resemblance. Naturally the children also thought that they belonged to their mother and not to their father. At that time ancestry was traced through the mothers. Men were considered to be barren and sterile. After marriage they stayed with their wife’s tribe as a mere adjunct of it, because the wife required her husband’s company. This period is known as the period of matriarchy.

It was not long before man discovered his role in procreation and came to believe that the children in reality belonged to him. From then onwards, he dominated over woman and assumed the role of the head of the family. Thus, the so called period of patriarchy began.

During this period also a marriage between the people having the same blood was prohibited. Man had to choose his wife from some other tribe, and bring her to his own tribe. As there was constant warfare among the tribes, the only way to get a wife was to kidnap a young girl from some other tribe.

Gradually peace took the place of warfare and the different tribes were able to achieve peaceful coexistence. During this period the custom of kidnapping the girls was abolished. In order to get the girl of his choice the man went to her tribe, became a hired worker of her father and worked for him for some time. In consideration of the services rendered by him the girl’s father gave her hand to him and he took her to his own tribe.

When money became common, man discovered that instead of serving the bride’s father for years, it was better to present a suitable gift to him and take the girl immediately. That was the origin of the dower (mahr).

According to this account, in the early days man lived as an adjunct of woman and served her. During this period woman ruled over man. In the next stage, when power passed into man’s hands, he kidnapped women from some other tribe. During the third stage, in order to win a woman, man went to woman’s father and served him for years. During the fourth stage man presented a sum of money to the woman’s father. And that is how the custom of dower originated.

It is said that since the time man abolished the system of matriarchy and laid the foundation of patriarchy, he gave woman the status of a slave, or at the most, of an employee or a servant of his. He looked upon her as an economic tool, which, by the way, could satisfy his lust also. He did not give her social or economic independence. The fruits of woman’s labour belonged either to her father or to her husband. She did not have the right to choose her husband, nor could she carry out any economic activity for her own sake. The money which man paid as dower and the expenses which he bore as maintenance (nafaqah) were in consideration of the economic gains which he derived from her during the period of conjugal relations.