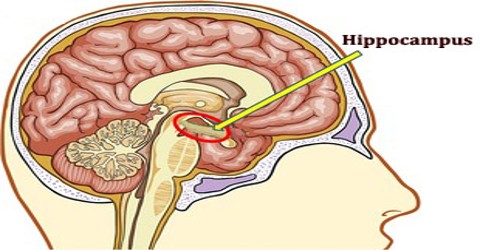 Hippocampus is a convoluted, seahorse-shaped structure in the cerebral cortex of the temporal lobe of the brain, composed of two gyri with white matter above gray matter. It forms part of the limbic system and is involved in the processing of emotions and memory. It is thought to be principally involved in storing long-term memories and in making those memories resistant to forgetting, though this is a matter of debate. It is also thought to play an important role in spatial processing and navigation. 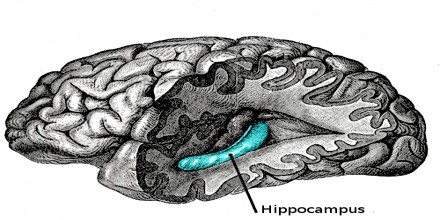 The hippocampus is involved in the formation of new memories and is also associated with learning and emotions. Because the brain is lateralized and symmetrical, we have actually two hippocampi. They are located just above each ear and about an inch-and-a-half inside our head.

The hippocampus is not involved with short-term memory and procedural memory types, memory of how to do motor actions, like walking. These are primarily handled by the cortex and the cerebellum.

Anatomy of the Hippocampus

The hippocampus is located in the medial temporal lobe of the brain, underneath the cortical surface. Its structure is divided into two halves which lie in the left and right sides of the brain. The organ is curved with a shape that resembles a seahorse, and its name is derived from a coupling of the Greek words “hippo” for horse and “kampos” for sea. 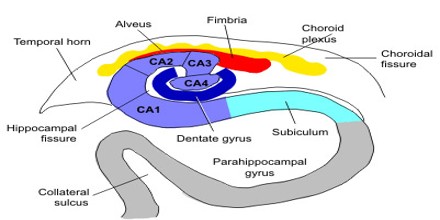 The hippocampus receives input from and sends output to the rest of the brain via a structure known as the entorhinal cortex, which is located beneath the anterior (frontal) region of the hippocampus. The hippocampal formation itself is composed of several subregions, which include the cornu ammonis, the dentate gyrus, and the subiculum. 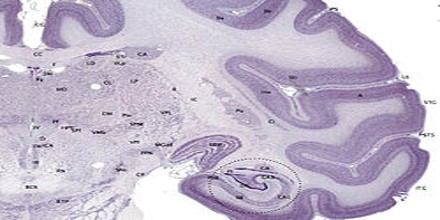 The Role of the Hippocampus in Memory

The hippocampus plays a very important role in our memories. It attaches memories to the emotions and senses that go with them. For instance, it will take a memory of being happy and calm while in a field and link it with the smell of the flowers. It will associate both the feeling of being happy and the sense of smell to the memory of being in a field. The hippocampus also plays a role in consolidating memories during sleep. Studies suggest that greater hippocampal activity during sleep following some sort of training or learning experience leads to better memory of the material the following day.

This doesn’t mean that memories are themselves stored in the hippocampus for the long term. Instead, it is believed that the hippocampus acts as something of a shipping center, taking in information, registering it, and temporarily storing it before shipping it off to be filed and stored in long-term memory. 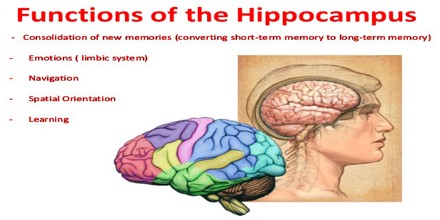 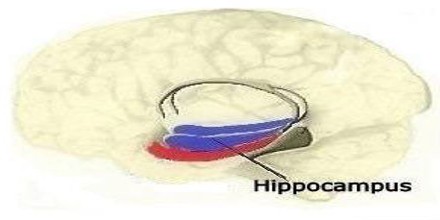 Diseases that Affect the Hippocampus

The hippocampus is a sensitive part of the brain. It can be adversely affected by many different conditions, including long-term exposure to high levels of stress.

Three diseases are known to interfere with the ability of the hippocampus to do its job:

The hippocampus is one of the areas that Alzheimer’s disease, the leading cause of dementia and memory loss, attacks first.