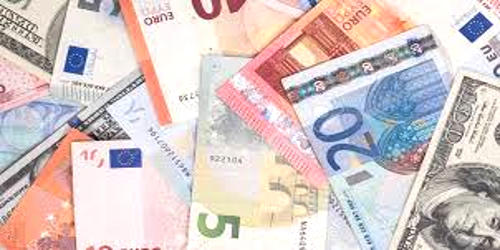 Hard currency is a currency that has been adopted as an acceptable payment method in multiple countries. It is also known as, a strong currency which is any globally traded currency that serves as a reliable and stable store of value. It is the currency that is not likely to depreciate suddenly or to fluctuate greatly in value. These currencies are generally issued by developed countries that have a strong industrial economy accompanied by a stable government. The most common hard currencies include the U.K. pound sterling (GBP), the euro (EUR), and the U.S. dollar (USD). These currencies are widely accepted around the world as a form of payment for goods and services and may be preferred over the domestic currency.

Hard Currency is very stable; it doesn’t change with the changes in the value related to the other currencies which we express as exchange rates. Factors contributing to a currency’s hard status might include the stability and reliability of the respective state’s legal and bureaucratic institutions, level of corruption, long-term stability of its purchasing power, the associated country’s political and fiscal condition, and outlook, and the policy posture of the issuing central bank. It is a suitable currency for such a country where there is low inflation and the monetary and fiscal policies are sound. Such currencies will appreciate with other countries on a trade-weighted basis. 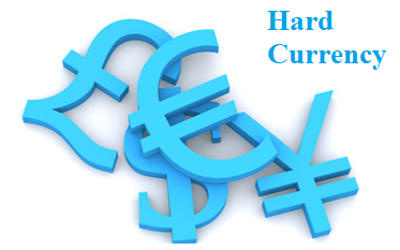 Hard currencies display high stability and typically experience only minor short-term fluctuations in the foreign exchange market. This is money that comes from a country with a strong government and economy and that is not likely to lose its value. A safe haven currency is defined as a currency which behaves like a hedge for a reference portfolio of risky assets conditional on movements in global risk aversion. They are frequently used to denominate commodities and serve as a benchmark for foreign exchange markets. As a result, instability in hard currencies can lead to a loss in confidence with a worldwide effect on markets. These currencies act as a liquid store of wealth and a safe haven when domestic currencies struggle.

Conversely, a soft currency indicates a currency that is expected to fluctuate erratically or depreciate against other currencies. Such softness is typically the result of weak legal institutions and /or political or fiscal instability within the associated country. This currency can be converted easily and its value cannot be depreciated. Due to its stability and convertibility, the demand for this currency becomes very high and investors have confidence in investing with this hard currency. People prefer to use the hard currency for international transactions. It is stable, convertible, and enjoys the confidence of investors, traders, and tourists.