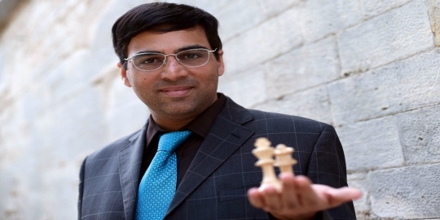 Main objective of this lecture is to present on Grandmaster: Vishwanathan Anand. His Father’s name Vishwanathan Iyer; Mother – Susheela Iyer; Son – Vishwanathan Anand Iyer and Wife – Aruna Iyer. Viswanathan Anand is an Indian chess Grandmaster and a former World Chess Champion. Anand became India’s first grandmaster in 1988. He was also the first World Champion since Robert James Fischer and the second since Max Euwe who did not originate from Russia or eastern Europe.