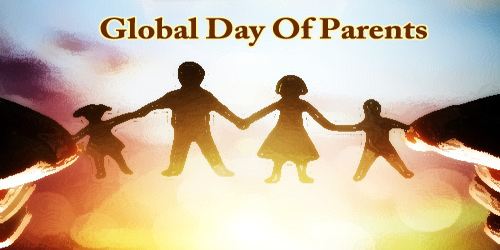 Global Day of Parents is a worldwide observance and United Nations (UN) celebrates “Global Day of Parents” on the 1st of June every year to honor all the parents throughout the world. The day is not a public holiday. On 17th September 2012, the UN publicly declared that the Global Day of Parents would be held annually on June 1. This observance recognizes parents as vital in providing protection and positive development for their children. The UN also noted that parents of every race, religion, culture, and nationality in all parts of the world were the primary caregivers and teachers of their children. People all over the world have the opportunity to appreciate parents and parental figures for the vital role they play in the development of families. Community leaders, parents, children, teachers, and family organizations get together in celebrating the day and promoting effective parenting. Emphasizing the critical role of parents in the rearing of children, the Global Day of Parents recognizes that the family has the primary responsibility for the nurturing and protection of children. For the full and harmonious development of their personality, children should grow up in a family environment and in an atmosphere of happiness, love, and understanding.

According to the UN, “Parents are the anchors of the family and the foundation of our communities and societies”. Designated by the General Assembly in 2012, the Global Day of Parents provides an opportunity to appreciate all parents for their “selfless commitment to children and their lifelong sacrifice towards nurturing this relationship.” During the 1980s, the United Nations began focusing attention on the issues related to the family. In 1983, based on the recommendations of the Economic and Social Council, the Commission for Social Development in its resolution on the Role of the family in the development process (1983/23) requested the Secretary-General to enhance awareness among decision-makers and the public of the problems and needs of the family, as well as of effective ways of meeting those needs. In 2012, the General Assembly proclaimed 1st June as the Global Day of Parents, to be observed annually in honor of parents throughout the world.