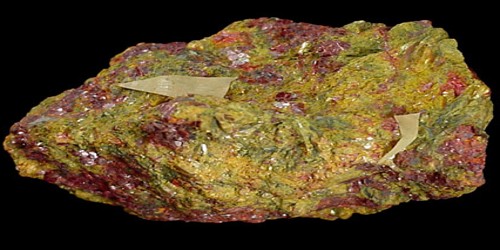 Getchellite is a rare sulfide of arsenic and antimony, AsSbS3. It is a monoclinic-prismatic mineral containing antimony, arsenic, and sulfur. It was discovered by B. G. Weissberg of the New Zealand Department of Scientific and Industrial Research in 1963 and approved as a new species by the International Mineralogical Association in 1965.

Getchellite is found at the type locality in Nevada, United States, and also in Azerbaijan, China, Iran, Japan, Kyrghystan, and Russia. 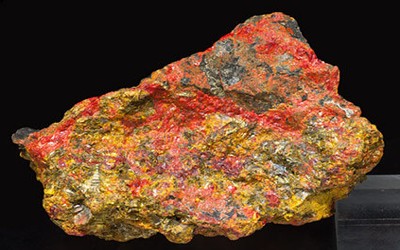 Many metal sulfides are grey to black, but a few are brightly colored. Orpiment is yellow to brownish gold, cinnabar is deep red and getchellite is a bright orange-red. Getchellite turns darker red when heated, becoming black by the time it reaches its melting point. Melting point: 340 °C to 355 °C. Boiling point: near 470 °C.

In August 1962 Weissberg visited the Getchell mine at Adam Peak, about 32 km northeast of Golconda, in Humboldt County, Nevada, US. The purpose of his visit was to collect samples for a study of the relationship between various fairly common sulfides, not to look for new minerals.

At the type locality getchellite is found in an epithermal (formed at low temperature) arsenical gold deposit in a narrow, steeply dipping fault zone cutting across interbedded shales, argillites (lithified muds and oozes) and limestones, near an intrusion of granodiorite. 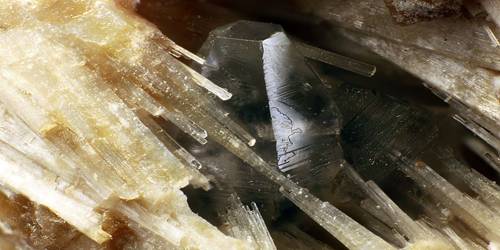 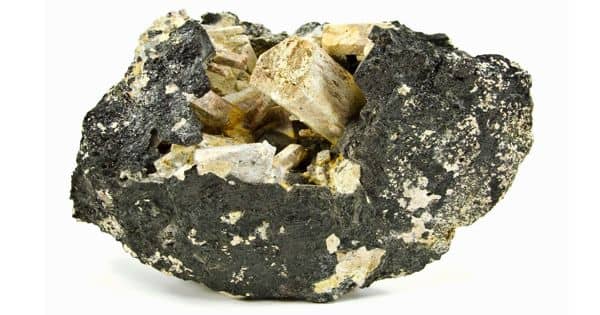 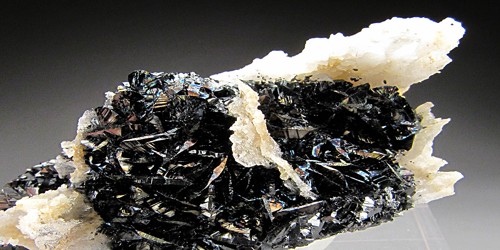 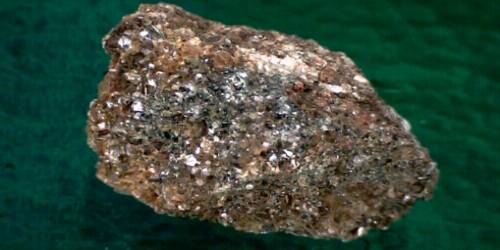