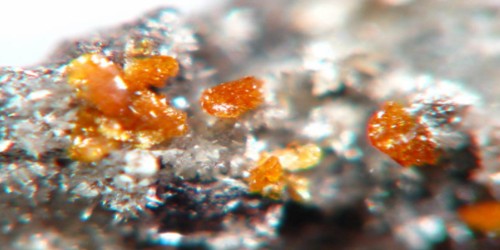 Gatehouseite is a manganese hydroxy-phosphate mineral with formula Mn5(PO4)2(OH)4. It is a mineral containing hydrogen, manganese, oxygen, and phosphorus. First discovered in 1987, it was identified as a new mineral species in 1992 and named for Bryan M. K. C. Gatehouse (born 1932). As of 2012, it is known from only one mine in South Australia. 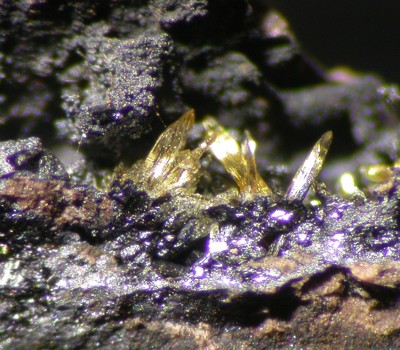 Gatehouseite occurs as radiating or divergent groups of bladelike crystals up to 100 μm by 20 μm by 5 μm in size and as overgrowths on arsenoclasite that are up to 5 mm long. The transparent mineral can be brownish-orange or yellow in color. Gatehouseite is the phosphorus analogue of arsenoclasite.

Occurrence: As a secondary mineral in cavities in a sedimentary Fe–Mn deposit, probably formed by reaction of phosphorus-rich fluids with hausmannite at low temperature. It was named for Dr. Bryan Michael Kenneth Cummings Gatehouse who was a crystal chemist at Monash University in Melbourne, Australia. Gatehouseite is a rare mineral which has its type and only locality at the Iron Monarch open cut in South Australia.

The mineral occurs in cavities in sedimentary iron and manganese deposits in association with arsenoclasite, shigaite, hematite, hausmannite, triploidite, barite, and manganoan ferroan calcite. Based on a 1977 experiment that produced triploidite, it is likely that gatehouseite formed by a reaction between hausmannite and basic phosphorus-rich fluids at low temperature and variable pH conditions. 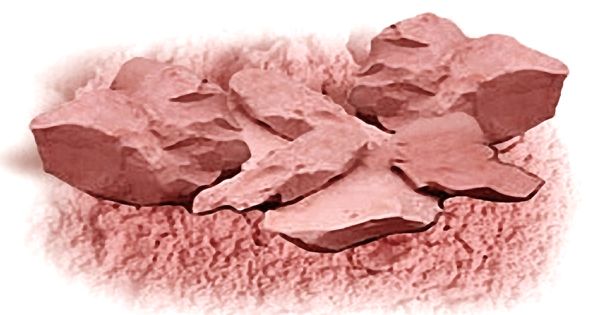 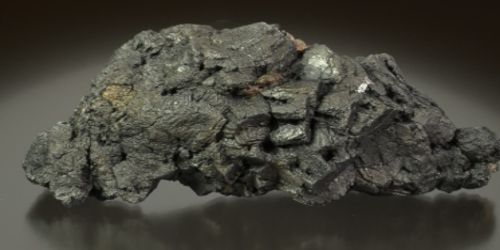 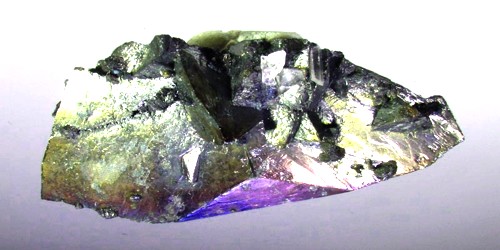