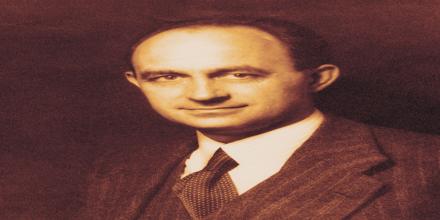 Enrico Fermi, Physicist was born Sept. 29, 1901, Rome, Italy. Fermi graduated from high school in July 1918 and, at Amidei’s urging, applied to the Scuola Normale Superiore in Pisa. He was one of the chief architects of the nuclear age. He developed the mathematical statistics required to clarify a large class of subatomic phenomena, explored nuclear transformations caused by neutrons, and directed the first controlled chain reaction involving nuclear fission. He was awarded the 1938 Nobel Prize for Physics, and the Enrico Fermi Award of the U.S. Department of Energy is given in his honour.