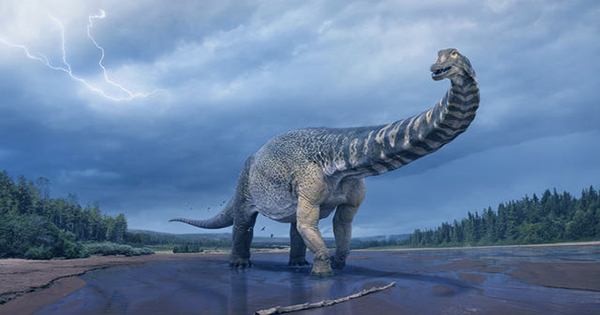 Early Dinosaur didn’t Breathe Like Birds, or Us, Study Finds

People may occasionally remind each other to “remember to breathe” but the process itself seems quite straightforward. We expand our lungs to allow air to enter and contract them to get it out. Birds, however, work differently.

Their lungs do not move, instead, they have air sacs outside that pump air in and out. Birds are the last surviving dinosaurs, so we can expect that their lost relatives did the same, but a fossil proves that this did not always happen. University of Minnesota student Viktor Radermacher said in a statement, Heterodontosaurus taki is the oldest member of the ornithishians, a revered dinosaur clade with preferences such as Stegosaurus and Hadrosaurus. “Heterodontosaurus is the ancestor of dinosaurs and we know that there is a missing link between large, charismatic species.”

Lungs and air sacs are almost never fossils, so if we want to know how endangered animals breathe, we need to look at the bones that support their respiratory system. In Elif, Radarmacher describes the spectacular well-preserved heterodontosaurus fossils from South Africa as having different breathing techniques that allow both the chest and the lower extremities to enter and out of the air. He calls this system the “pelvic bow.”

The evidence comes in the form of ribs, which are shaped like paddles and spread small bones that pull the lungs in and out. Redeemer uses ultra-high-energy X-rays of a synchrotron to examine the skeleton in detail and reconstruct the muscles it supports. If Triceratops inherited this feature from their ancestors, it would represent a rare phenomenon in Jurassic Park that scientists discovered exactly 28 years before they arrived. Sadly, however, the paper notes; “This increased speed of the chest was possible in more primitive birds. More advanced species lost much of the physiology that made this speed possible.”

Although birds are theropods, and therefore more closely related to T-rex than to ornithiskians, Heterodontosaurus and its offspring are so closely related to modern birds that their names mean “bird-hip”. Despite this, it seems that the early ornithischian pelvis was nothing like a bird. Some birds have skeletons that reveal the presence of windback but others, such as diving birds, do not do so despite having sacks.