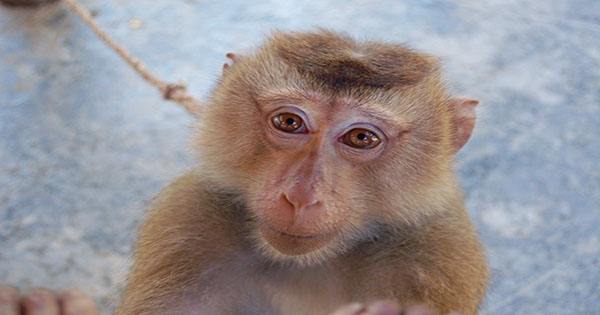 A female Japanese macaque Takasakiyama has become the first female alpha in the Natural Zoological Garden, an incredibly rare occurrence for the species. A nine-year-old woman named Yakei gave her soldier’s alpha male his superiority in battle when he tried to break a battle involving his child. The 31-year-old man was the alpha of Troop B, which consisted of 677 macaques for five years at the time.

On July 30, a ceremony was held to welcome the new female boss. A staff member in a monkey suit takes a blade and then pulls a string of Yakei confetti to reveal a glittering fountain and a sign commemorating his achievement. In April, Yakei took on her position as the alpha female of the group, fighting with her own mother.

“Yakei had the special opportunity to be raised by a strong female leader. We think the impact has helped him win the title,” Tadamori Fujita, the facility’s caretaker, told Vice. On the Japanese island of Kyushu the reserve of the city of Oita, the macaques roam freely in the forested mountains and descend for food. On June 0, the wardens dropped peanuts for Trip B to determine who was in charge.

The defeated man allows Yakei to feast first, cementing his position at the top of the army hierarchy. “The only other example I’ve heard of is a female monkey at Tokyo’s Ueno Zoo. Other than that, you’ll never hear it happen,” Fujita explained. “It’s very rare.” “Usually, female monkeys don’t stand up to males,” zoo official Tadatoshi Shimomura told the Telegraph. “I don’t know why he became number one. McCabe’s world may be changing.”

Since making his unexpected jump to the status, Yakei (deservedly) has been almost dropping his weight. “Yakei is climbing trees and shaking them, which is a manifestation of power and very rare behavior among women,” Satoshi Kimoto, a guide to Takasakiyama, told the Guardian. “He’s wagging his tail, which is very unusual even for a woman.” In a rare incident at a nature reserve on the island of Kyushu in Japan, a nine-year-old female known as Yakei has become the head of a 677-strong force of Japanese macaque monkeys.