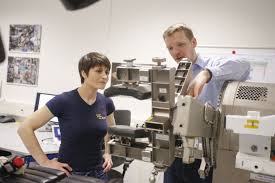 EAC capacity can be sized using different methods. The most common method used by engineers is a building heat balance using manual calculations or a computer program. Summing the heat gains from solar, lights, computers and other office equipment, people and the heat gain from the building envelope will give a heat extraction rate which can be used to size the cooling equipment.

Rigid media is more effective than aspen media, so the discharge temperature will be cooler. This means that less airflow is required to remove the same amount of heat from the building.

The equipment is typically not sized to meet the worst case conditions, but to satisfy the peak loads 98% of the time. The ASHRAE Book of Fundamentals provides an historical base of temperature design values in the .4%, 1%, and 2% (of annual hours) column of their “Climatic Conditions for the United States” table. Some of this design information for selected New Mexico cities is shown in Appendix A. Some EAC manufactures offer free energy analysis and sizing programs that can help the designer estimate the energy and water use with their catalog information.

Because EAC is not sensible cooling, we cannot state an equipment efficiency factor or Energy Efficiency Ratio (EER) as with refrigerated cooling. Instead, there is a term called “saturation effectiveness” sometimes referred to as evaporative effectiveness, which can be used to predict the performance of EAC’s. See Equation 1: Saturation Effectiveness. This effectiveness is calculated as the ratio of the change in dry-bulb temperature divided by the difference between the outside air dry-bulb and the wet-bulb temperature (or wet-bulb depression). This saturation effectiveness varies with media type and has been tested and measured for different types of EAC’s. Knowing these values it is possible to solve for the EAC discharge temperature T-2, see equation 2. Refer to Appendix A for a complete explanation with examples for this calculation. This equation is shown below.

Table 8 below compares the discharge temperature downstream of the evaporative media for different saturation effectiveness for typical conditions in Albuquerque, New Mexico. The effectiveness is also dependent on the air velocity through the evaporative media, which normally range from 400 to 700 feet per minute. A lower velocity results in a higher effectiveness, less fan power as discussed below, and longer media life. A higher velocity results in less residency time between the air and the water, thus decreasing the effectiveness. Velocities over 600 fpm will require mist eliminators to prevent water carryover, and are not recommended. High media face velocities along with insufficient water flow also accelerate mineral buildup.

Air Velocity Through the Wetted Pad :

Air velocity past the face of the media is an influential factor in EAC design. When the air is slow, the cooling effect is greater, and the air pressure drop is lower. However, the unit is larger and the first cost is greater. If the air is too fast, less cooling will take place and water entrainment into the air stream may occur. Any water buildup in the downstream ductwork can cause water damage and other associated problems. Most manufactures will design their equipment around 500 to 600 fpm face velocity. Mist eliminators can be put into the air stream over 600 fpm to try to catch the mist (also known as carryover), but these devices will use more fan power over the life of the unit. Media velocity is also increased when the buildup of solids in the water is not controlled properly.

“High face velocities also incur higher airflow resistances and require more water flow for uniform wetting. Because evaporation rates may exceed certain strands’ capillary powers to rewet themselves, high velocity in pads frequently causes dry spots, which admit hot air and clog rapidly. Pad clogging is clearly related to local velocity; the lower the general pad velocity, the more slowly and uniformly clogging progresses. Specifically, clogging is the depositing of clinging lime and dust on the pad fibers. It occurs principally where alternating wetting and drying are by turns bringing dissolved minerals and then evaporating the water and precipitating its mineral content. Midway in that drying process, impinging dust is not washed away but adheres permanently with the deposited lime”.

An accurate sizing method will account for both internal and external building loads. The following yardstick sizing methods can be used to determine a rough sizing estimate for budget assessments, but since they do not take loads into account, they are not recommended for system sizing.

An accepted EAC rough sizing method is based on the number of air changes per hour (AC/hr) to determine the airflow rate based on the heat load and the ambient (local air) wet-bulb temperature. This method is straightforward to use since the air change volume is easily calculated by multiplying the three dimensions of the conditioned space. This AC/hr method should only be used for rooms with an eight to ten foot ceiling height. The wet-bulb temperature referenced in Table 7 can be obtained from weather history tables (i.e.: ASHRAE Fundamentals). A table of dry-bulb temperatures and their mean coincident wet-bulb (MCWB) temperatures are provided for selected New Mexico cities in Appendix A. The capacity of EAC’s is usually given in cubic feet of air per minute (CFM). Therefore, it is possible to use this rough sizing method to determine the airflow capacity necessary to cool the space.

The recommended air change rates for direct EAC’s for different wet-bulb conditions are given in Table 7 below. “Note that these are general air change volumes used. It is not recommended to use less than one air change every 5 minutes for most applications.”

Another more general rule-of-thumb check for EAC system sizing is the quantity of air delivered per unit floor area, or CFM/SF. This value is usually between 1.5 (on low-speed) to 5 CFM/SF depending on the building loads, insulation values, etc. For instance, an aspen pad cooler serving a poorly insulated building with no exterior shading and many internal heat sources would typically use 4+ CFM/SF, while a rigid media cooler serving a well insulated building with large trees on the southwest, few internal heat sources and low occupancy would use 1.5 CFM/SF. More air delivery means larger ducts and more fan energy and may affect the acoustics of the room. If the airflow is insufficient, comfort cannot be maintained. A good design will include a two-speed fan (or a more expensive variable speed fan) so that the maximum air flowrate will only be delivered during peak load periods.

Another method of predicting performance of a direct or indirect EAC is described here. “Apart from using the rough measure of climate zones or the level of humidity, one can predict the effectiveness of EAC for a particular location fairly accurately using the locally prevailing wet-bulb temperatures (WB). Table 9 shows how these are measured. In brief, by adding about 9F to the WB, one knows the effective room temperature that can be reached with EAC. Because the WB varies over seasons and during the course of the day, it does not suffice to use average WB. Rather, one should consider the WB at the time when cooling is most important-for example, around noon.”

Manufacturers of packaged EAC and combination units will usually show catalog data for several different models of EAC’s. Their unit’s cooling capacities are usually given for sea-level, but a cubic foot of the thinner air in many of the New Mexico mountainous areas can’t hold as many Btu’s as a cubic foot of denser sea-level air. Air density, or altitude effects will also affect a fan’s horse power requirements, duct friction and fan selection. Consult manufacturer’s instructions for derating EAC’s (or refrigerated air units) when the site elevation exceeds 2000 feet. Some manufacturer information is included in Appendix B. Additionally, they will include data such as dimensional, weight, options and electrical. The selection options for EAC features will include:

Inflation and Its Control Mechanism