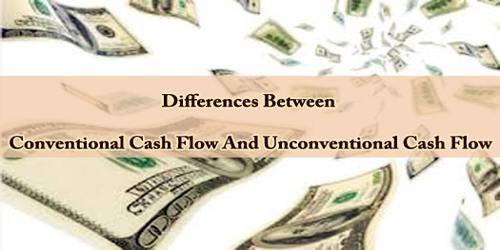 Conventional cash flow is a series of cash flows which, over time, go in one direction. It means that if the initial transaction is an outflow, then it will be followed by successive periods of inward cash flows. Although rare, conventional cash flow can also mean that if the first transaction is a cash inflow, it is followed by a series of cash outflows. In terms of mathematical notation, this would be shown as -, +, +, +, +, +, denoting an initial outflow at time period 0, and inflows over the next five periods.

A frequent application of conventional cash flow is the net present value (NPV) analysis. NPV helps determine the value of a series of future cash flows in today’s dollars and compare those values to the return of an alternative investment. The return from a project’s conventional cash flows over time, for example, should exceed the company’s hurdle rate or minimum rate of return needed to be profitable.

Conventional cash flow is a technique often applied in discounted cash flow analysis. With DCF analysis, an investor uses either Net Present Value (NPV) or Internal Rate of Return (IRR) to evaluate the potential returns that a particular investment project can yield. Both NPV and IRR can be used to assess independent or dependent projects.

Cash flows are modeled for net present value (NPV) in a discounted cash flow (DCF) analysis in capital budgeting to help determine if the initial investment cost for a project will be worthwhile when compared to the NPV of the future cash flows generated from the project.

In real-life situations, examples of unconventional cash flows are abundant, especially in large projects where periodic maintenance may involve huge outlays of capital. For example, a large thermal power generation project where cash flows are being projected over a 25-year period may have cash outflows for the first three years during the construction phase, inflows from years four to 15, an outflow in year 16 for scheduled maintenance, followed by inflows until year 25.

Conventional cash flow will only flow in one direction. Often, the outflow happens only at the beginning of the project, followed by subsequent inflows. The initial outflow is the capital that a company spends to finance the project. The cash inflows that follow represent the revenue and profits that the project yields.

If a company finances a project using a loan from a bank or other financial institution, then the initial transaction is a cash inflow. As an example, think of a company that decides to open a new branch office in a metropolitan area. If it takes a loan to finance the project, this sum of money will be recorded as a cash inflow.

Outflows are recorded when all or a portion of this loan is used in building the new office. However, any revenues the company receives are cash inflows. On the other hand, any money that it pays to the bank in the form of interest or principal is a cash outflow.

Another good example of conventional cash flow is mortgages. Assume that a homeowner has taken mortgage amounting to $300,000 to be repaid at a fixed interest rate of 5% for 30 years. The individual will need to pay the lender $1,610 every month for the stipulated period. From the lender’s perspective, he will record an initial outflow of $300,000, followed by monthly cash inflows for the next 30 years.

Unconventional cash flow, on the other hand, reflects a series of cash flows in different directions over a period of time. Such cash flow profiles are very common among businesses that require periodic maintenance of equipment.

Say, for example, an investor owns a 20-room hostel. The owner may see an unconventional cash flow because once every five years, a maintenance check and renovation need to be done to ensure the quality of the amenities that the hostel’s guests use.

Unconventional cash flow, as noted above, is characterized by a series of cash flows in different directions. This creates multiple different IRRs, which makes it more difficult for an analyst to value such a company. Once determined, IRRs are compared to the company’s hurdle rate or to the lowest possible return rate of a project.